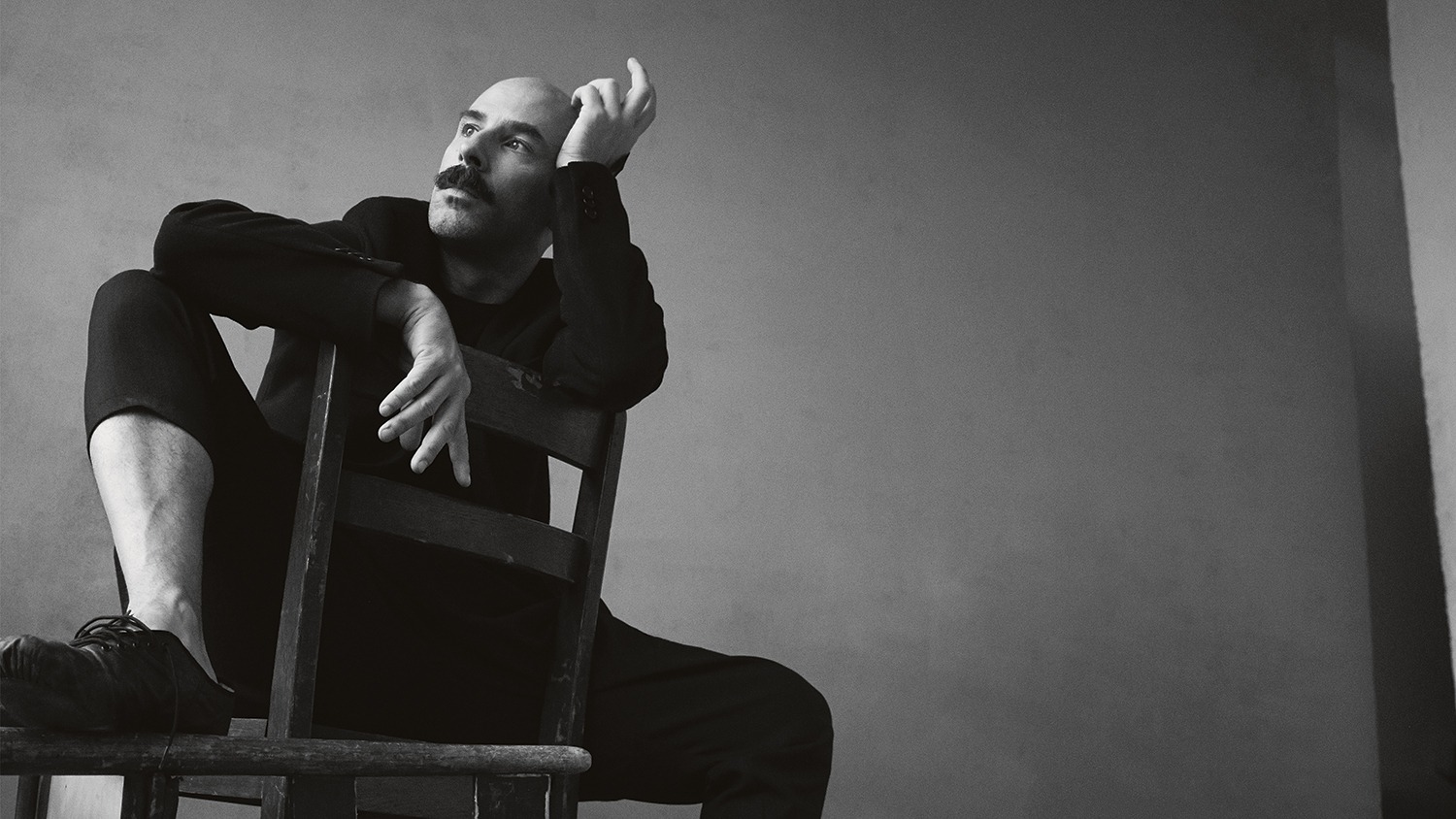 How did an unschooled outlier from choreography’s avant-garde become the darling of the YouTube generation? For Ryan Heffington it’s simple: he makes you want to dance your heart out…

Occasionally someone rattles the arts industry cage so hard that they demand a rethink of what constitutes good, satisfying and important practice. In contemporary dance that player is Ryan Heffington. If the name isn’t familiar it’s almost a certainty you’ll know his work, thanks to the inimitable choreography he’s brought to a kaleidoscopic collection of dance ventures over the past half decade. Straddling TV commercials (Evian, Joe Boxer, Kenzo) music videos (Sia, FKA Twigs, Britney Spears, Arcade Fire), fashion week activations (Giles Deacon, Target), cabaret and even TV shows – for fans of Netflix’s new sci-fi tour de force The OA, it was Heffington who devised the cosmic ‘movements’ so captivating they’re capable of quite literally raising the dead.

Blurring the lines between the rarefied worlds of high art and the juiciest of pop culture soundbites are his speciality. There are other choreographers, it must be said, who have sledge hammered through the dance world’s elitist walls with pockets of collaborative and mainstream-stroking genius. Most notable, perhaps, is British icon Wayne McGregor CBE, whose work has included forays into neuroscience with medical research facility Wellcome Trust, film via the omnipotent media-verse of Harry Potter and fashion and music partnerships including Gareth Pugh and The Chemical Brothers, among others. 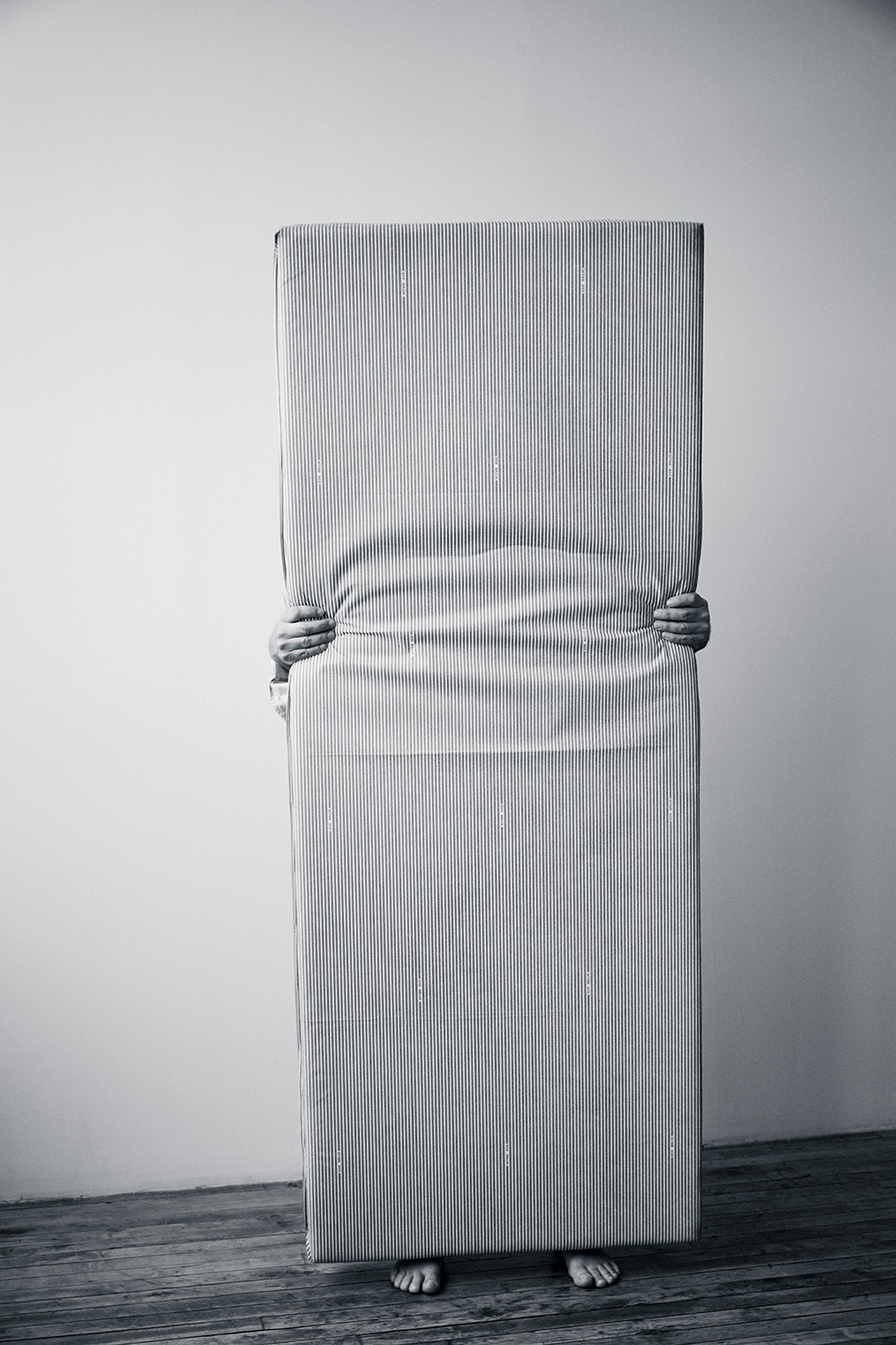 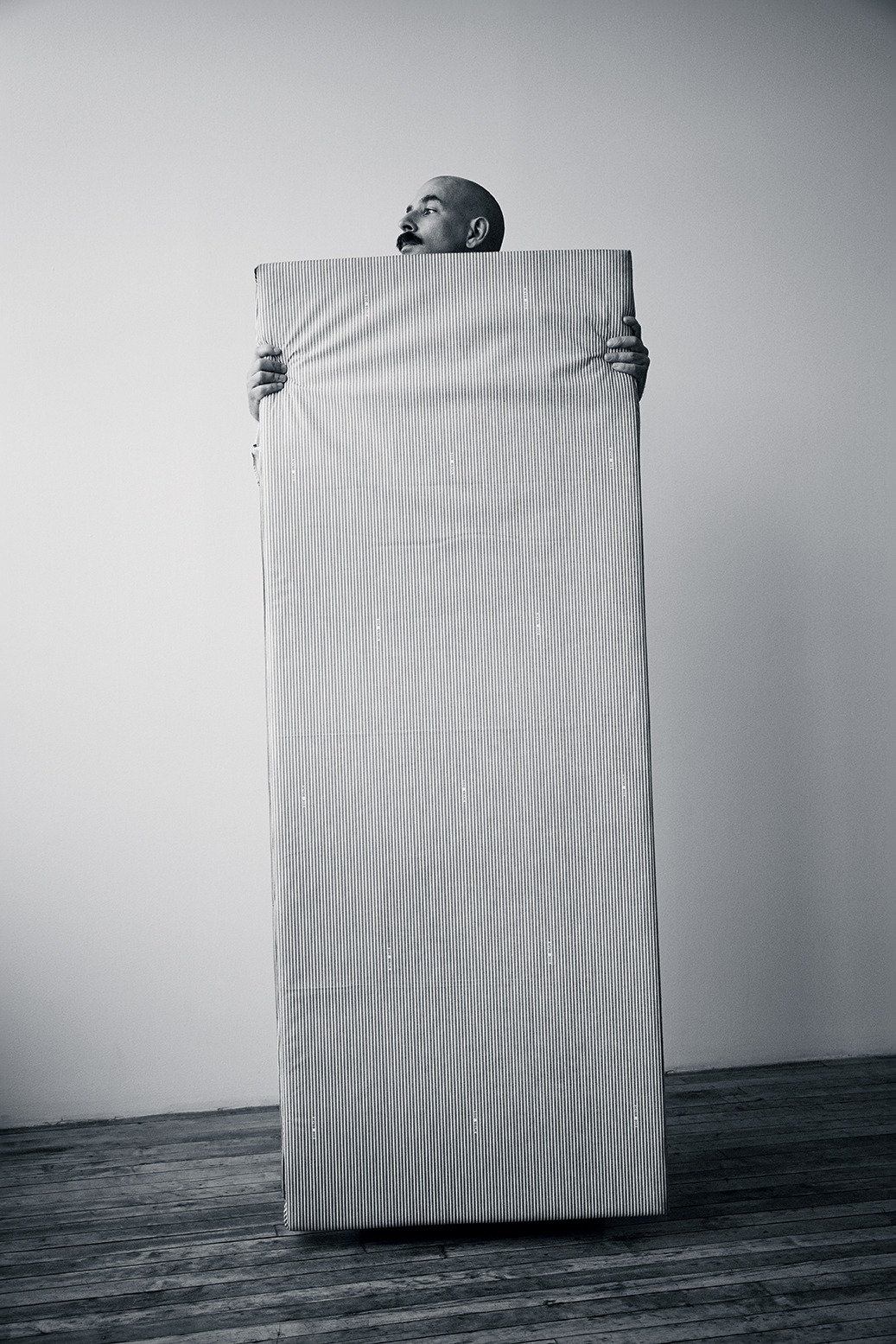 But Heffington presents a still more curious beast thanks to his enduringly punk attitude, a style that is paradoxically progressive and relatable, and a lack of formal training that’s bound him to outsider status, regardless of how the accolades roll in. Unlike McGregor – and other greats such as the Canadian Russell Maliphant and the iconoclast Scotsman Michael Clark CBE – Heffington has neither a Royal Ballet nor Royal Academy of Dance background.

His hallowed turf is bars, clubs, festivals and alternative art shows where impromptu, ‘guerrilla’ performances trump rigorously sanitised scheduling. One celebrated broadsheet dance critic responded to my request for a comment on Heffington’s wider impact on the industry with a simple, ‘I’m not familiar with his work, I’m afraid.

Photographer and director Jacob Sutton (a dance connoisseur who now regularly collaborates with Heffington since shooting him for i-D magazine’s Diesel-backed A-Z of Dance project in 2014) suggests that Heffington’s convention-defying nature ruffles more feathers than is often admitted. ‘He’s still not a popular figure with the dance intelligentsia,’ says Sutton. ‘He’s essentially like one of the outlier artists. He doesn’t really fit into a classical world, although he’s a great, trained tap dancer, for instance. Ryan ultimately represents a punk attitude. He’s someone from the suburbs, writing his own script – and that can be quite threatening.’

For Heffington, who grew up in Yuba City (a small Northern Californian farming town) before moving to LA aged 18, networks have always been at a rather more grassroots than institutional level – basement camaraderie and personal intuition being more important than classical plaudits. While he studied ‘basic tap, jazz and ballet forms’ from the age of six to 18 (which he describes as enough to ‘formulate a strong structure of line, technique and an emotional attachment to the form’), it’s ultimately been the absence of a formal framework that has shaped his success. ‘Not having the filter of an institutional education as an adult has allowed me to acquire a unique perspective on how to make dance,’ he says. ‘I rely on instinct when I create. I tend to “feel” when I’ve hit components that I deem worthy – a visceral reaction’. 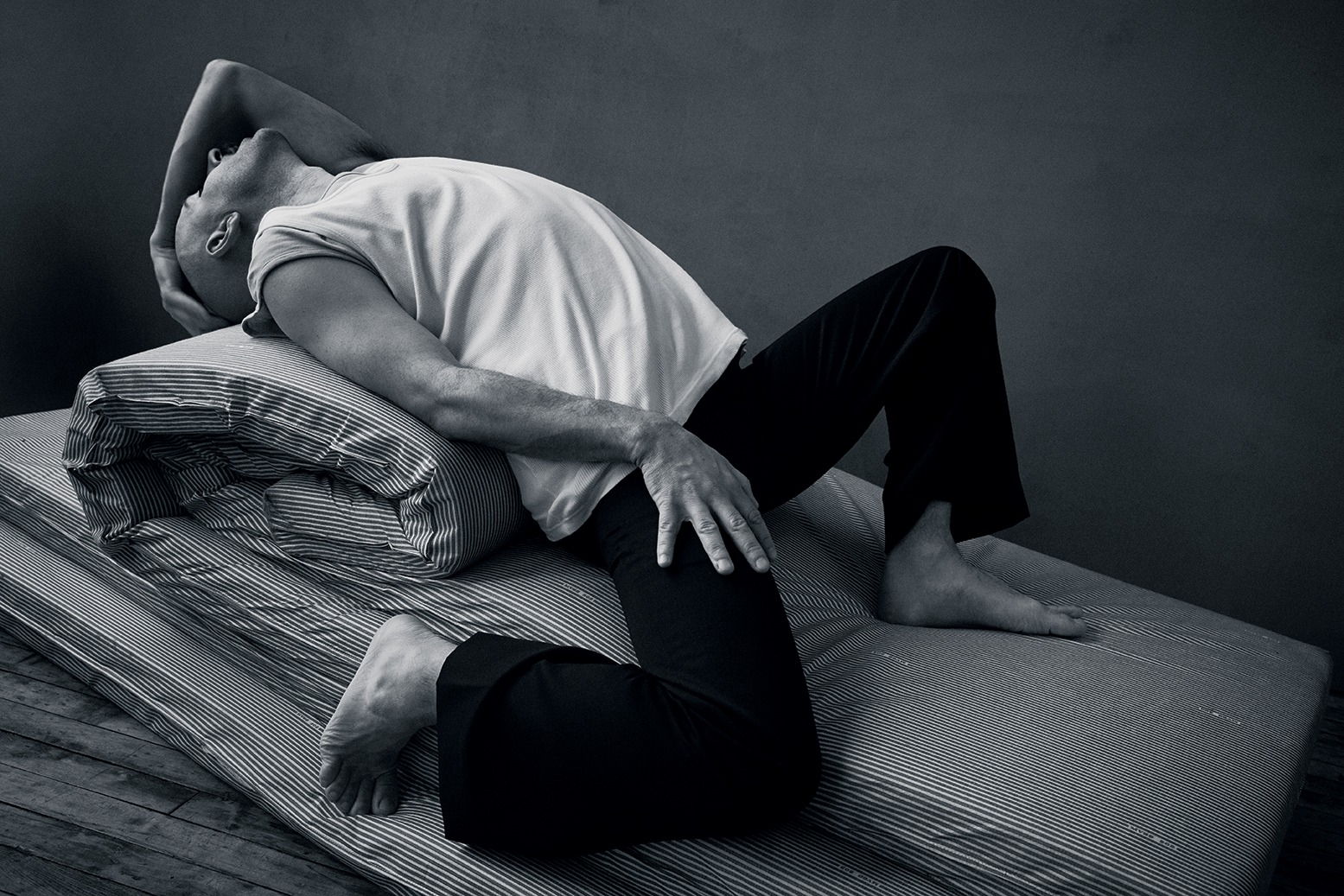 Visceral, raw and even primal are essential descriptions of his oeuvre, both before and after his mainstream pop-cultural fame. His is essentially a DIY mentality, which, he says, ‘from very early on and throughout high school was a means to escape the banality of the small town, and the small-town minds where I was raised. Once in LA it became my therapy where suppressed angst, desires and sexual freedom were moulded into avant-garde punk cabaret acts’. And there were no shortage of acts. On hitting LA in the mid 1990s, he co-created the Psycho Dance Sho’ with Bubba Carr – an experimental ‘psychosexual cabaret act’ which, he says, had an incredible impact on his art. ‘We held no limitations when creating these 20-minute shows weekly. Money wasn’t a hindrance – we had none – yet our creativity was boundless. We crafted trash bags into couture gowns, we made dental headgear out of hangers. Since our venues were rock clubs, they never really minded if we sprayed the audience with super-soakers or threw sardines at patrons.’

In the late 2000s he became artistic director of experimental modern dance company Hysterica, another ‘space’ he describes as a major catalyst for his career. ‘Working with Kitty McNamee and her company Hysterica opened my emotional exploration as a performer,’ he says. ‘She demanded physical movement that had never lived within my body. It was a new angle on mind, body, emotional connectivity.’

Next he headed up the dance troupe Fingered, relaying more gender-bending costuming (designed by Heffington himself) and fast, jagged, body-contorting routines that had been popularised by the late American choreographer Martha Graham – a clear precursor to the beguilingly powerful awkwardness that has become his signature. By 2010, during a residency at LA’s Museum of Contemporary Art (MOCA), he was given $10,000 to create three interactive performances over three months – resulting in three bands, 40 dancers and a team of designers to help ‘create spectacles that today people mumble about’. His rise to public prominence was in truth, he says, much more closely tethered to relentless creation, working with local artists, than one seminal moment.

‘Allowing people to investigate something that avant-garde is liberating’ 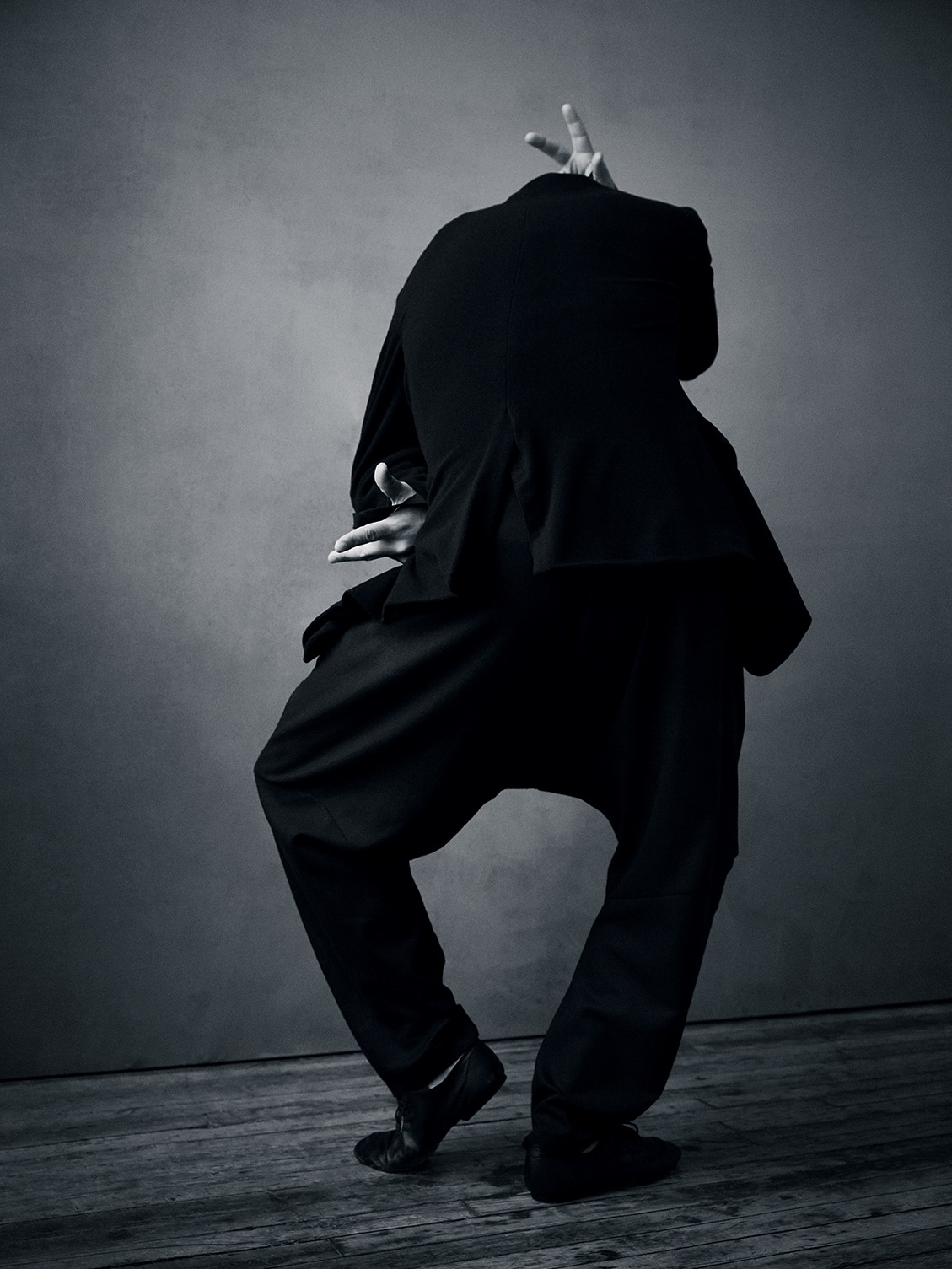 ‘I was the subversive choreographer in the art scene who shared both a commercial and underground aesthetic that people of all walks were drawn to,’ he says. ‘It was by producing work as often as possible that led me to more high-profi le collaborations.’ Even now, confounding expectation, he’s choreographing an immersive theatre project, Seeing You, in New York, based on life in New Jersey during World War II.

But the biggest game changers – to date at least – have arguably been the videos he’s choreographed for enigmatic writer/singer/director Sia: Elastic Heart(2013) and Chandelier(2014). They have an aggregated total of over 3.2billion views on YouTube – the former being one of the most watched in YouTube’s history. Both feature the then pre-teen competition dancer Maddie Ziegler of Dance Momsreality-TV fame (another nod to Heffington’s easy relationship with commercialism).

Chandelierhas a solo Ziegler prowling, spinning and jerking her way around a pitifully soulless apartment (as far away from her glossy show-dance heritage as imaginable). For Elastic Heart, she was joined by convention-baiting actor Shia LaBeouf, with the duo sparring, like wounded wrestlers, in a giant gilded birdcage.

Both videos attracted controversy for using such a young dancer in a video with imagery and lyrical content of a distinctly adult, dystopian nature (at the time they appeared in Elastic Heart, Zeigler was 12, LaBeouf 28). But the more accurate reading and reason for their resonance is, says Heffington, the accessible, vulnerable, humanistic edge. The moves, particularly with Chandelier, were apparently not conceived as a direct reflection of the lyrics, but a wider, more general confusion with life.

‘Many of the characters and subjects in the projects I work on have a sense of empowerment and [I think] people are drawn to this,’ says Heffington. ‘Possibly more than the choreography itself.’ Sutton agrees, adding that with Heffington ‘there is always a fearlessness to confront things that could be construed as on the edge of okay, but without any pretensions. Contemporary dance can be quite inaccessible, lacking an emotional honesty. I personally like the nuances and particularities of many choreographers, but it often only works if you’re a superfan. To the average person it can be hard to find a way in.’ 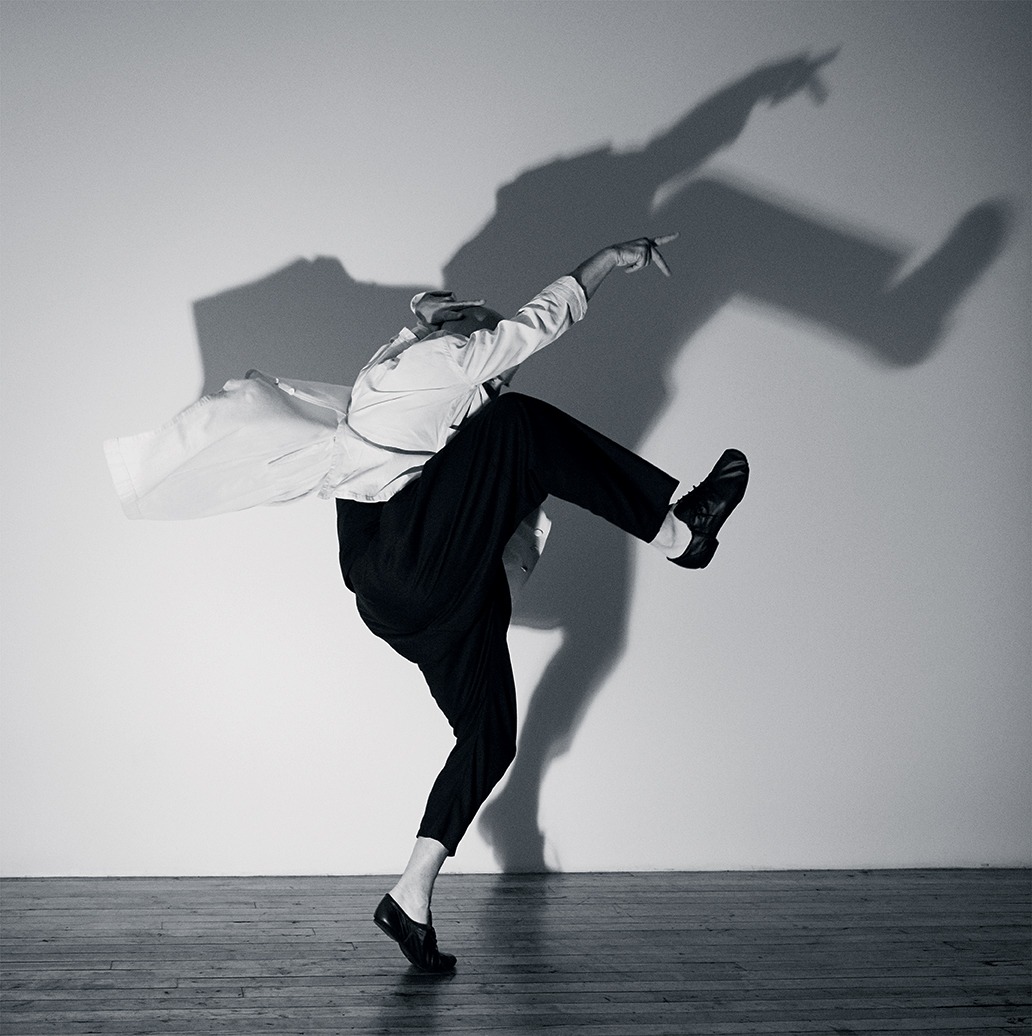 His work with LaBeouf also highlights Heffington’s relatively unique penchant for working with non-dancers (a headache most choreographers avoid at all costs). ‘Non-trained dancers lack the specific vocabulary of the studied form, so when I work with non-dancers I approach the material through visualisation, mostly – painting scenarios that most of us as humans (not dancers) can comprehend.’ It’s equally apparent in the touching trans-youth focused video for Arcade Fire’s We Exist(2014), featuring British actor Andrew Garfield in drag – and the riotously uplifting choreography for his Kenzo World perfume ad (2016), directed by Spike Jonze, where actress Margaret Qualley plays a bored black-tie dinner guest literally busting her way out of the convention centre.

Even his most technically complex pieces present an odyssey in naivety, transgression – but ultimately inclusivity (let’s not forget the time he coached 60 dancers, with accompanying lightshow, to perform within the windows of The Standard New York’s hotel rooms for Target). It’s an approach that extends to his own dance studio – The Sweat Box in Silver Lake, LA – where he still finds time to teach. 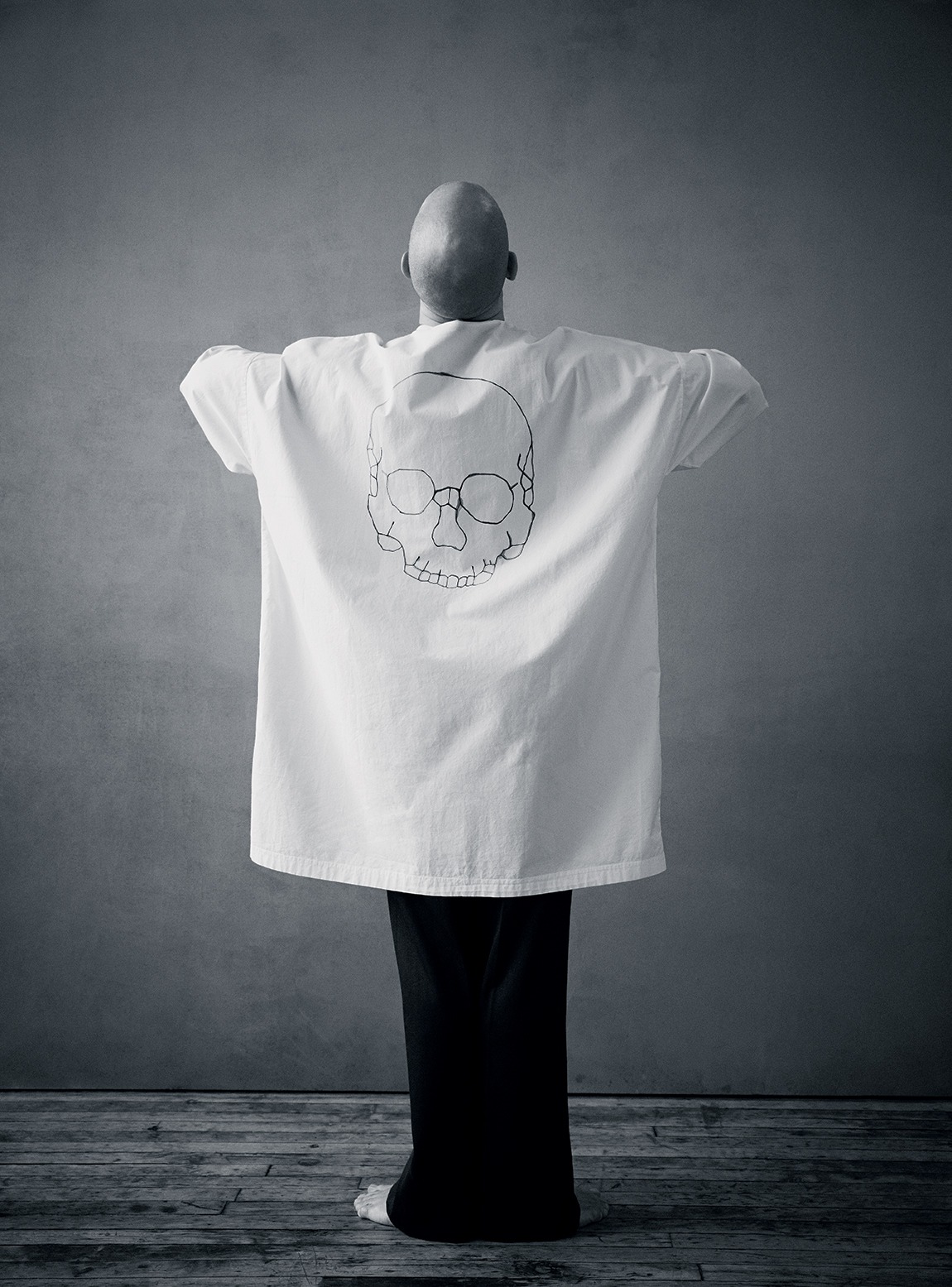 While at times it looked as though his idiosyncratic, seemingly impossible-to-replicate pieces (not to mention the lack of backing dancers) might single-handedly kill offthe appetite for learning pop video dance routines that’s been critical in extending the lifeline of countless tracks, his infectious attitude appears to have simply reinvented the genre. The studio now has a cult following of professionals and amateurs queuing up to be schooled in every one of his dances – echoed by many more that feverishly devour his YouTube tutorials.

‘Giving people an alternative lens to view dance is fulfilling to me. Allowing people to question and investigate a possible attraction to something that is fresh or avant-garde is liberating,’ says Heffington. Sutton nails it with even simpler clarity: ‘He’s not about perfection of performance – he’s about creating an honesty. When you meet him you feel like you want to dance your heart out.’ 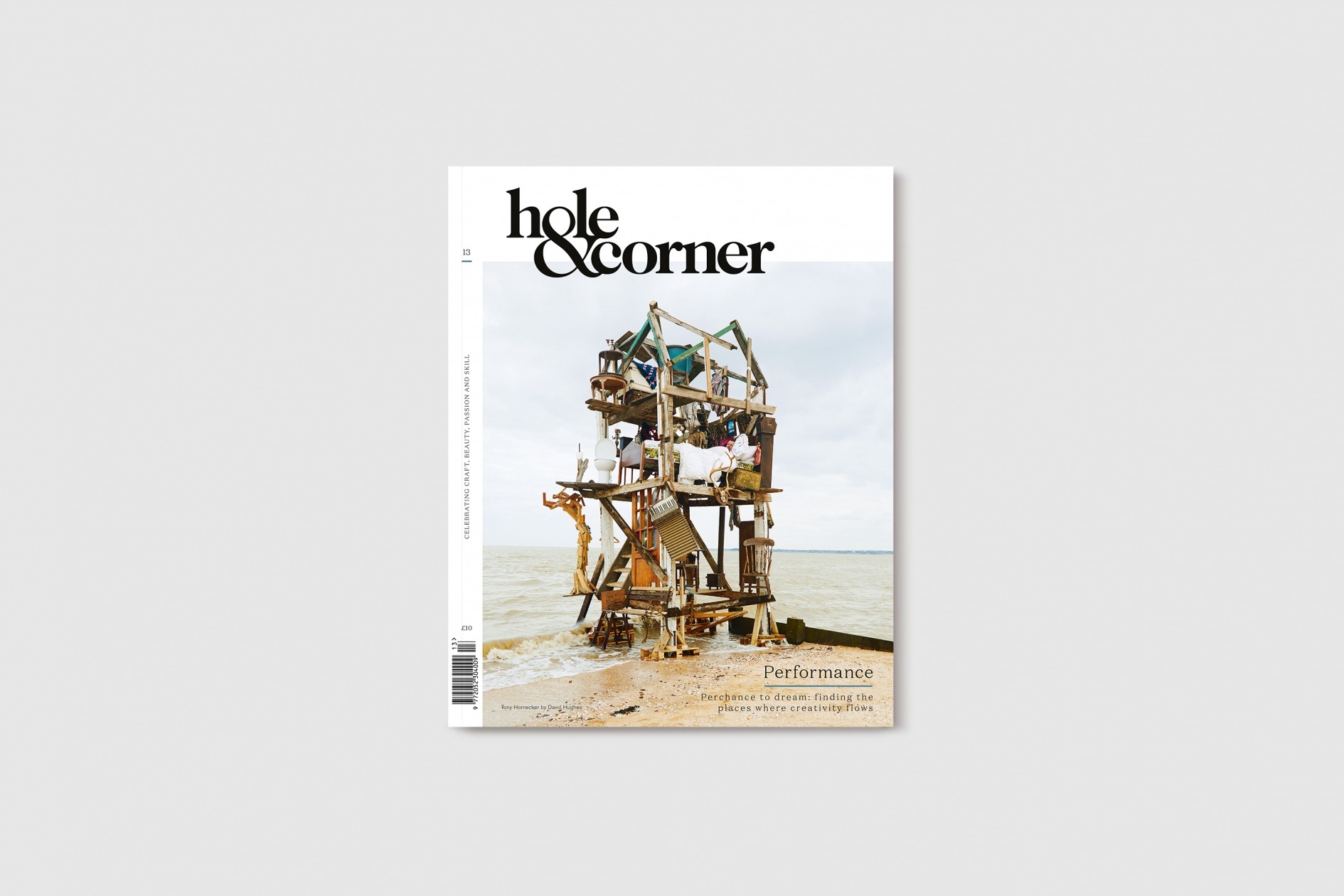 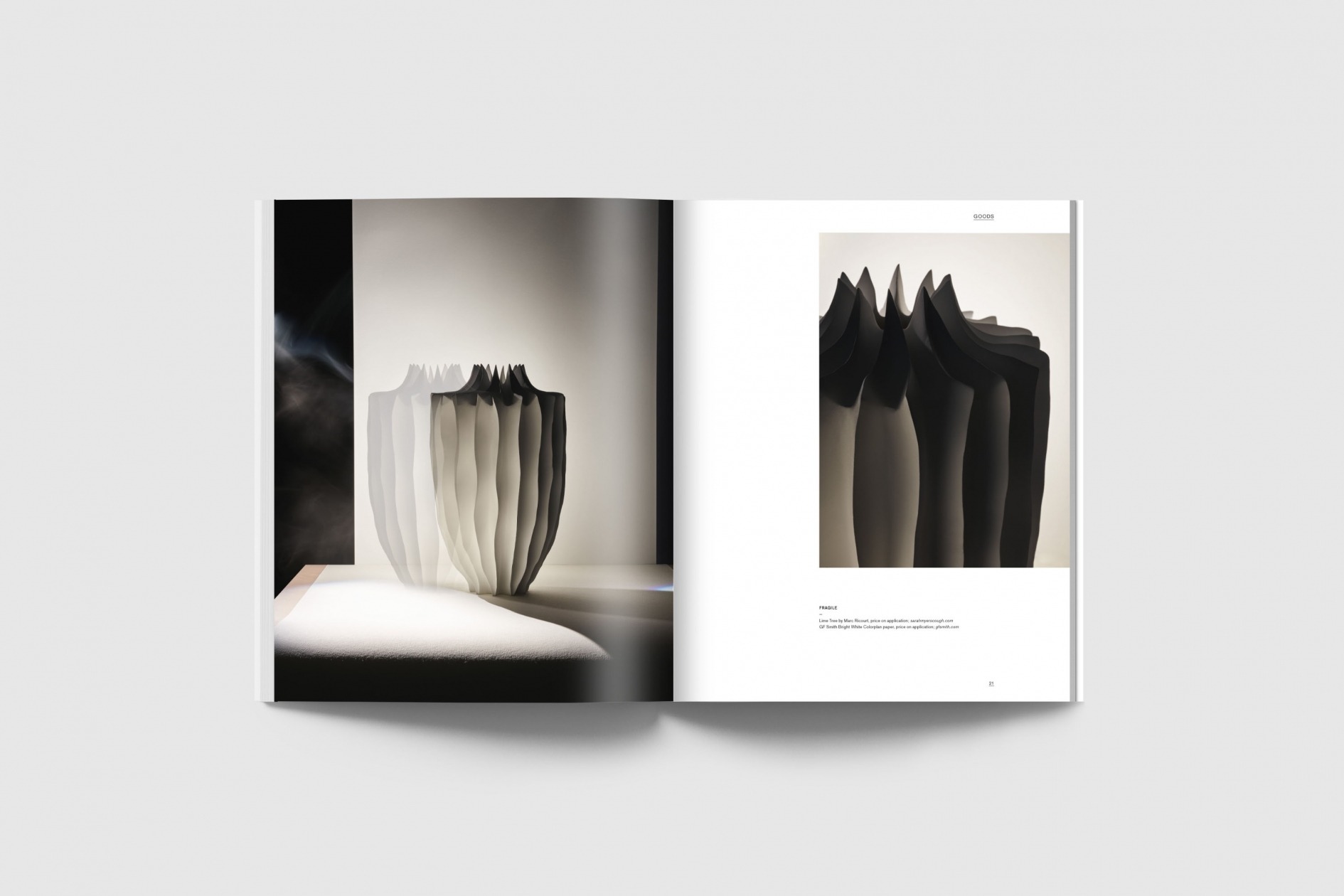 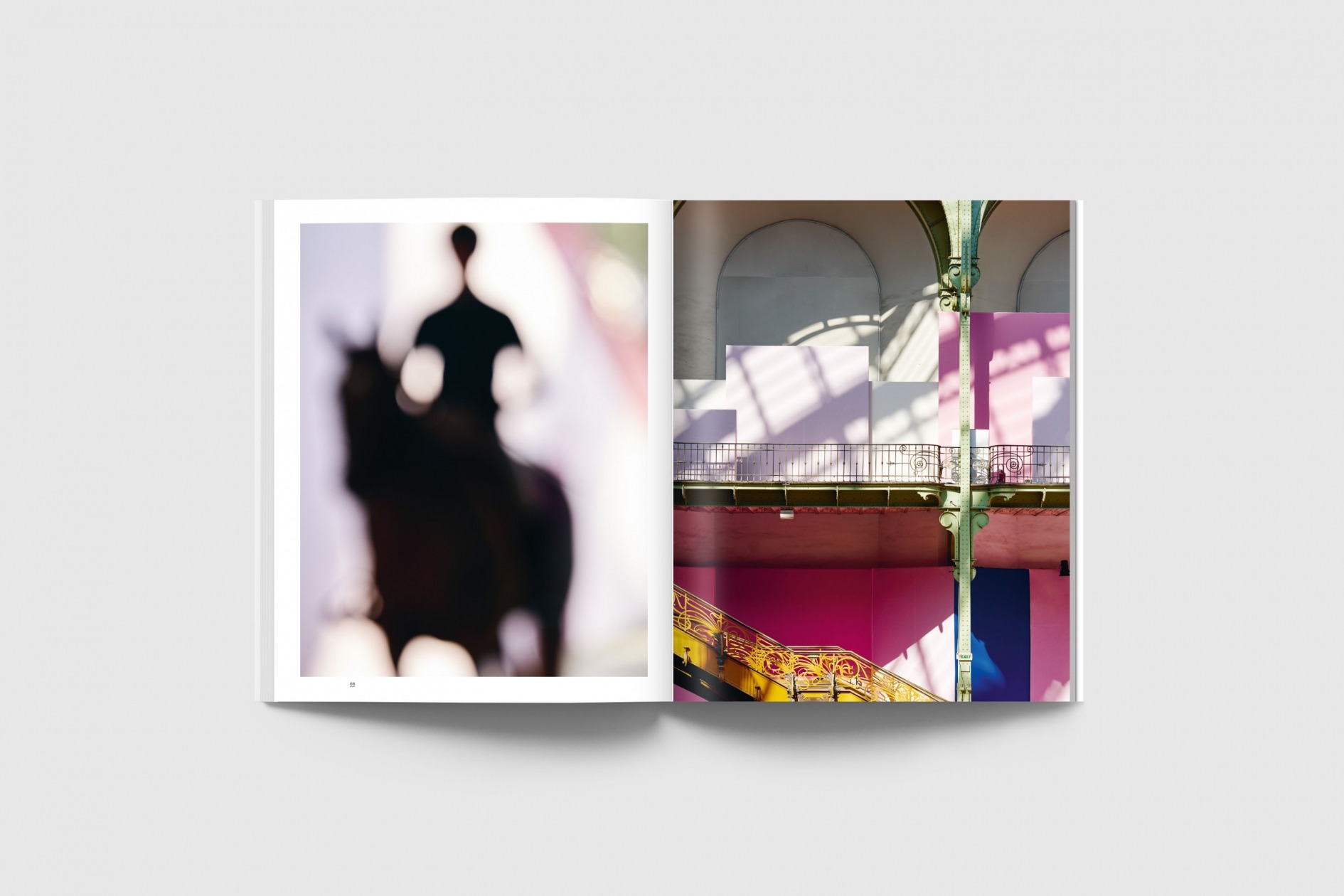 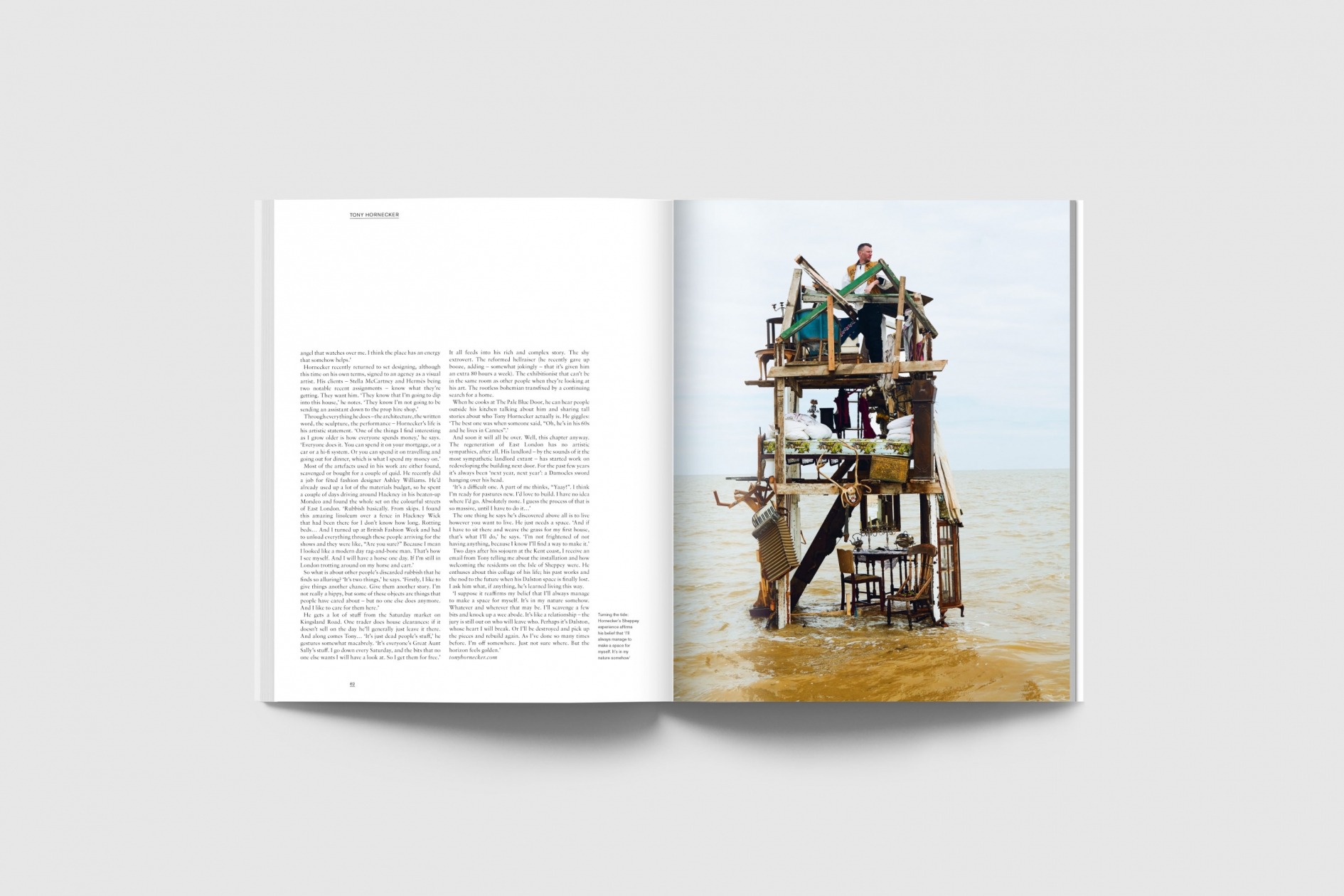 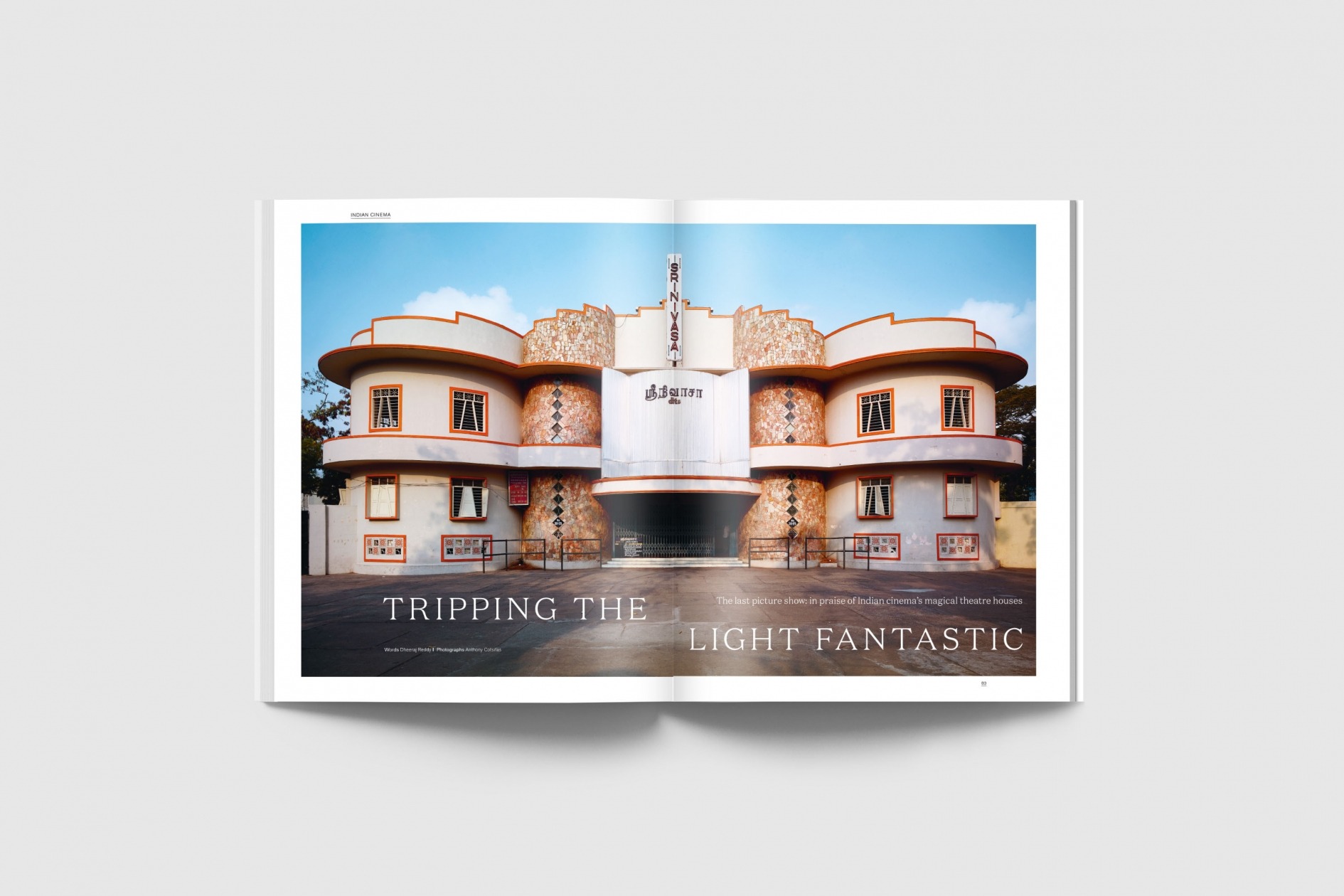 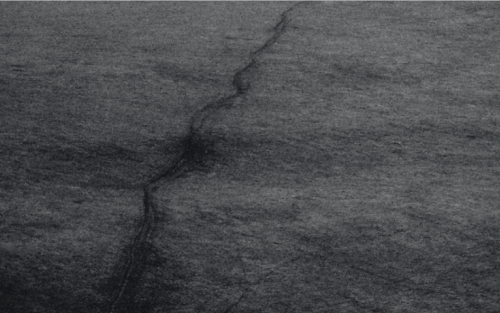 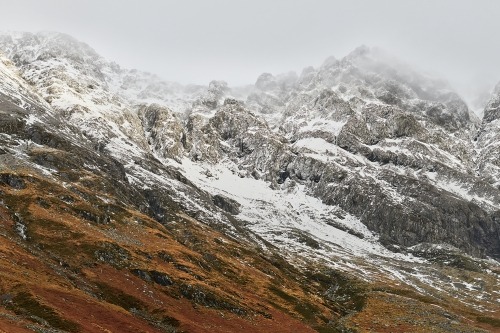 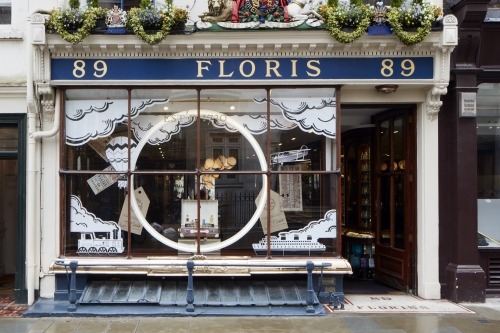 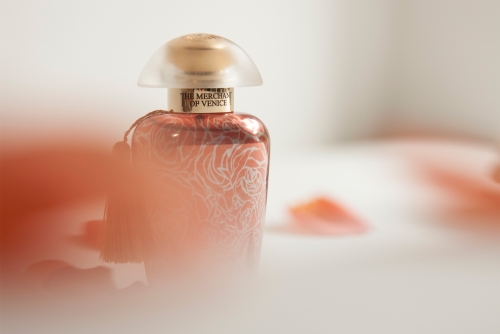 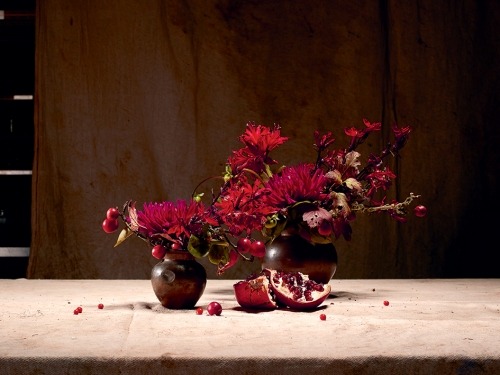 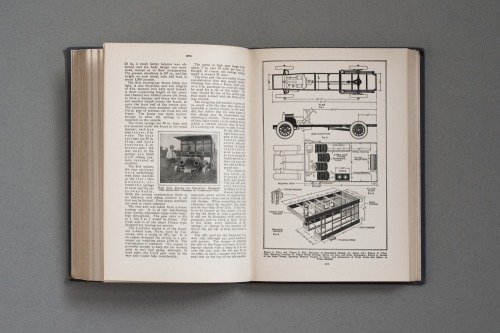