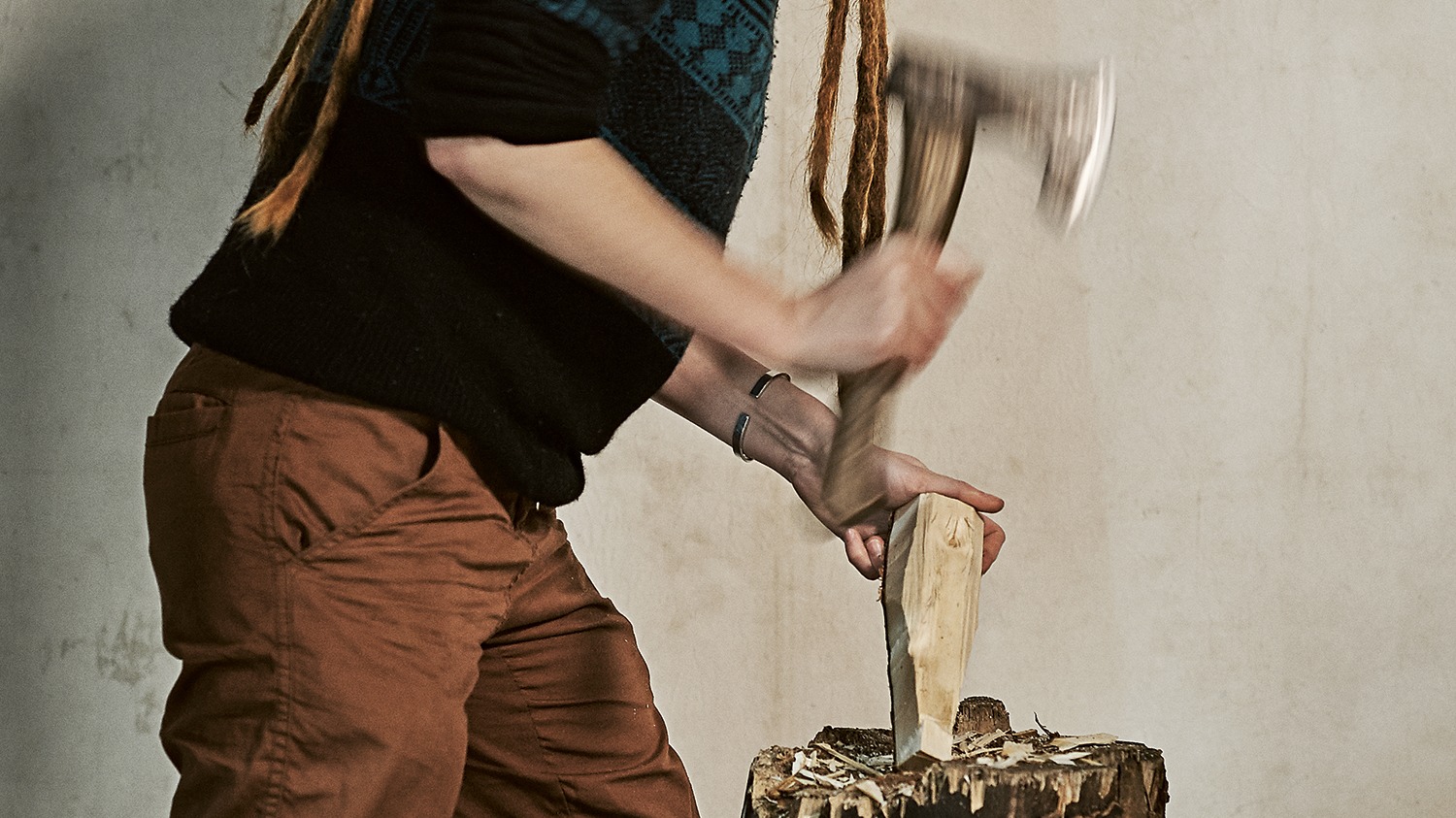 In the summer of 2016 a rare afternoon spent with some of the UK’s best spoon carvers, in ancient barn-cum gallery space, provided an opportunity for experts and novices alike to commune with nature in a way that offers a ‘kind of therapy’ that’s more than relevant for our current times…

The imposing space of Messums Wiltshire would dignify any event but, with hand-carved spoons having a peculiar dignity of their own, tonight this 14th-century monastic barn serves rather to unify a disparate collection of makers, enthusiasts and willing novices under the largest thatched roof in England. Not that all of the spoons being made here are the finished article: in one of six informal tutorials, Poppy, the drummer for the band Girl Ray (set to play later), works up something that she admits resembles a pale and withered arm. But that’s not really important. The 130 people swallowed up by the space are amassed here for Hole & Corner’s A Spoon Gathering event, bringing some of the scene’s most respected figures together under one (large) roof.

Under the tutelage of six expert makers, the assembled participants each practise an obscure verb reinvigorated for the new spoon age: as well as whittling there is gouging, chipping and axing – often with modified prehistoric tools. The atmosphere in the barn is also somehow antique, influenced perhaps by the mellow lighting and ancient aspect; were it not for the music drifting gently around, the place would be almost silent. The quiet, in fact, is more than just studious: it is the sound of people finding inner peace, disgorging themselves of endless hours of screen time via the discovery of their inner whittler. 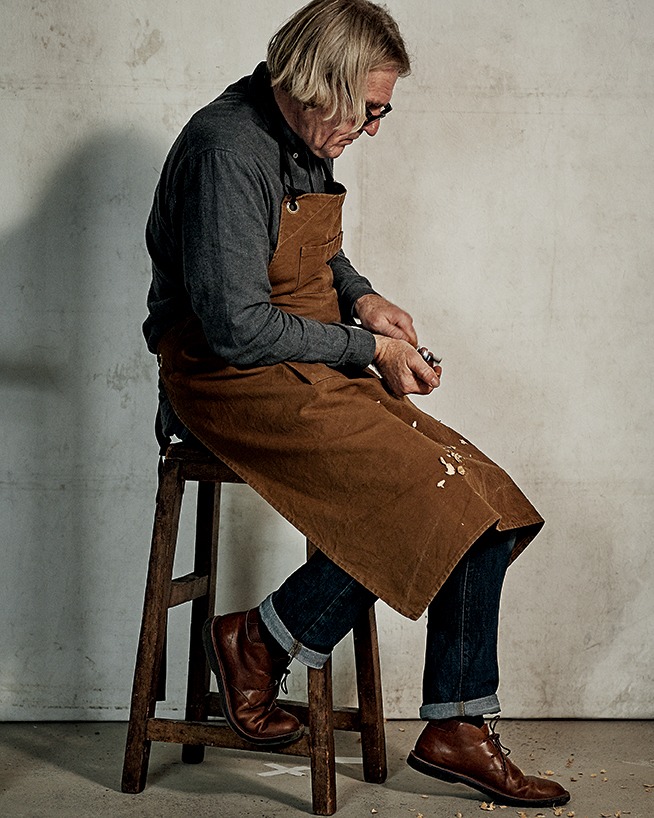 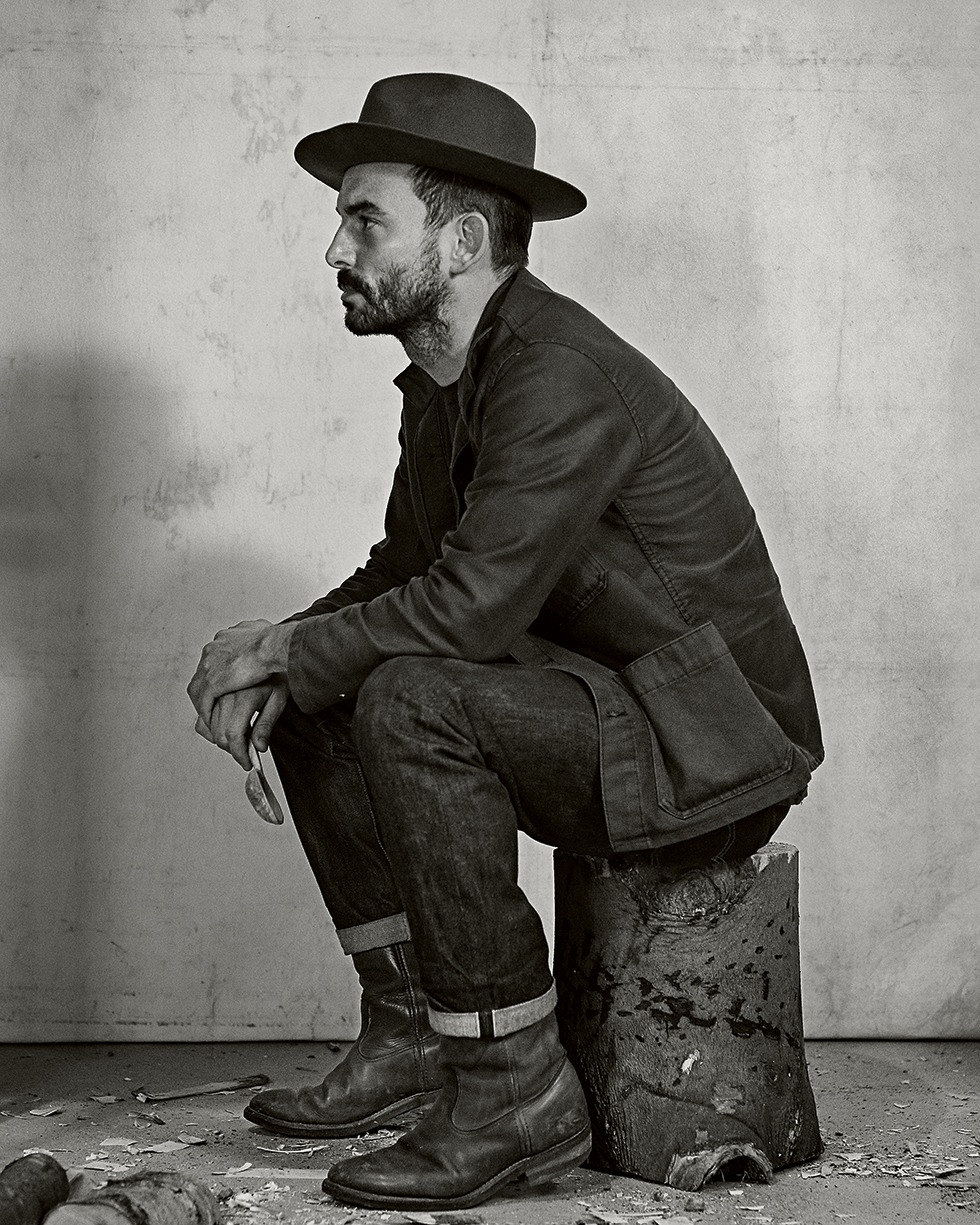 When asked to account for the resurgent popularity of spoons and their connected processes (what some have called the ‘new wood culture’ or the ‘wood culture renaissance’), some of the makers here are also prone to highfalutin statements. But, to me, the movement seems more of a mash up, and none of the makers here seem to fit a particular mould. Some have fittingly made-up names, part post-modern DJ and part etymology of their vocation (‘Grain & Knot’, ‘Hatchet + Bear’). Robin Wood MBE is, for many, the figurehead of the spoon movement, and is prominent tonight in snazzy purple shoes, purple trousers and a purple Hawaiian shirt, a hippy among hipsters. Other carvers are more obviously pin-up material, suggesting the current voguishness of spoons, with one young woodsman looking a lot like Orlando Bloom in Lord of the Rings, a wispy blonde forelock dangling over his elfin face. I meet Wood at the bar. As we order tea we cast our eye over the serene scene. I ask him if he is surprised by the success of the event – and of spoon carving in general. ‘Oh no, it could go much, much bigger,’ he says. ‘If you compare it to belly dancing, Zumba – these are fads with a national following.’ For Wood, the beauty of spoon work is its accessibility: ‘You don’t need big tools – you need skill. 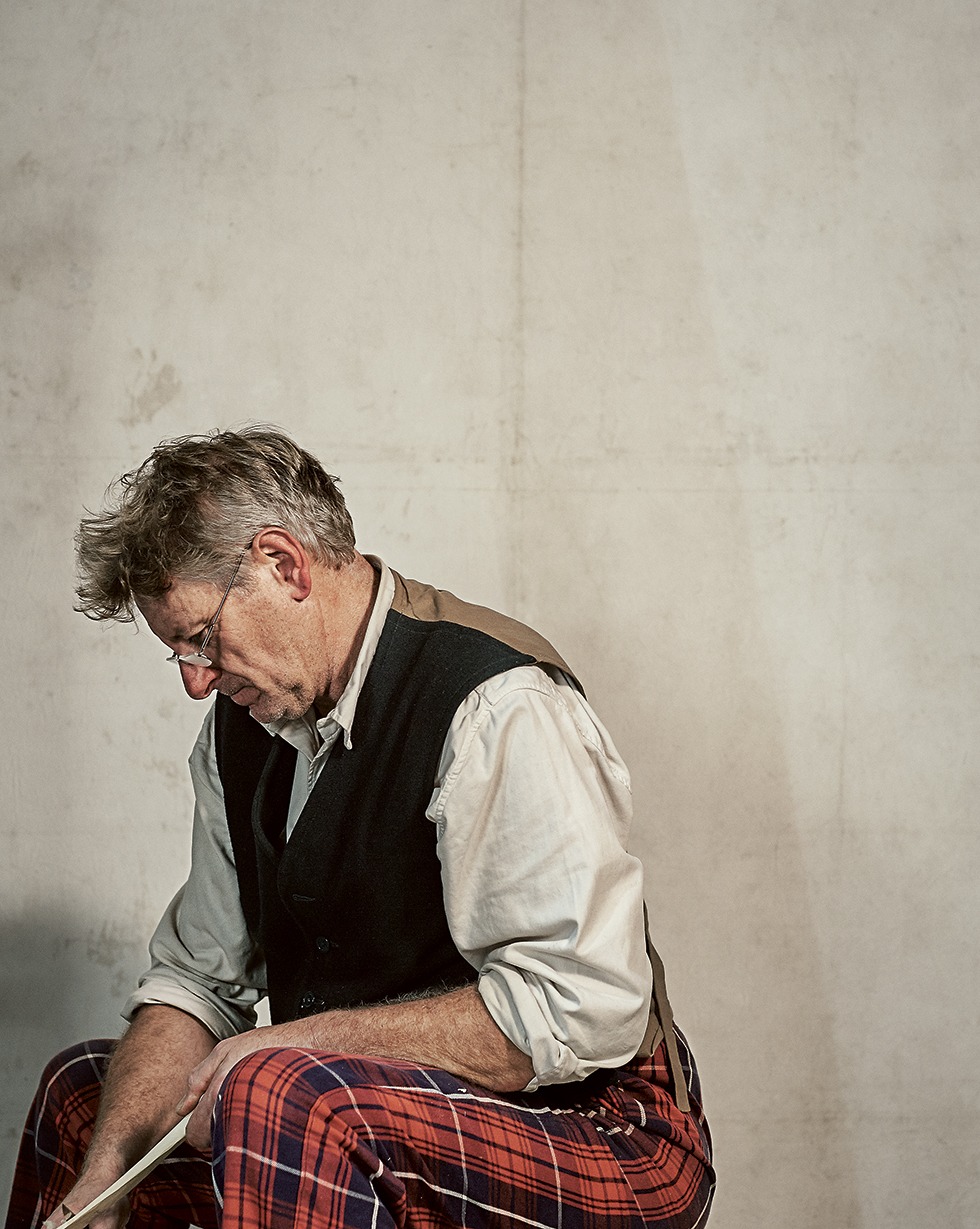 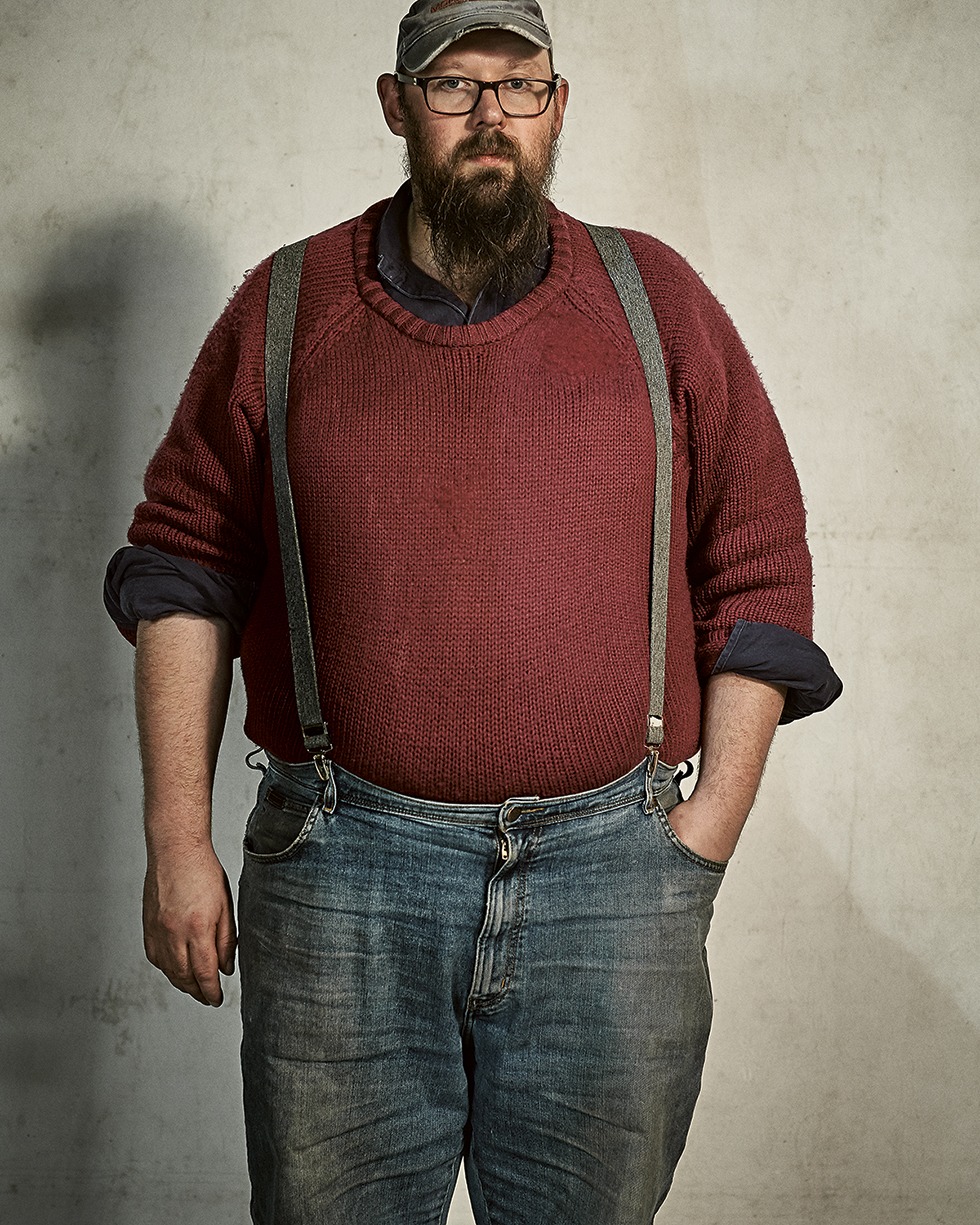 If Robin Wood is the figurehead, then his daughter JoJo, 22, is perhaps the poster girl of this new wood culture, and she walks around the space looking for everything like the future of spoons. She has red dreadlocks, bright yellow oversize headphones around her neck, is wearing striking blue clogs that she made herself (she is also an apprentice to the renowned clog maker Jeremy Atkinson) and is clutching her axe. It makes sense that JoJo should represent the modern wing of a movement that musters online, crossing both county and continent; a couple of participants I meet tell me they found out about this event via her Facebook feed. When I catch up with JoJo I enquire about her having recently been featured in Vogue, and ask if she brings a feminist agenda to proceedings. ‘Definitely. After the first Spoonfest [the annual three-day celebration at Edale, Derbyshire, co-organised by her father] I asked myself, “Where are all the women spoon carvers?”’ Today, she says, the era of ‘old men with beards is definitely changing’. The gender split of tonight’s event is about 50-50, a diversity that makes her ‘very happy’.

‘The quiet is the sound of inner peace: people disgorging themselves of endless hours of screen time…’ 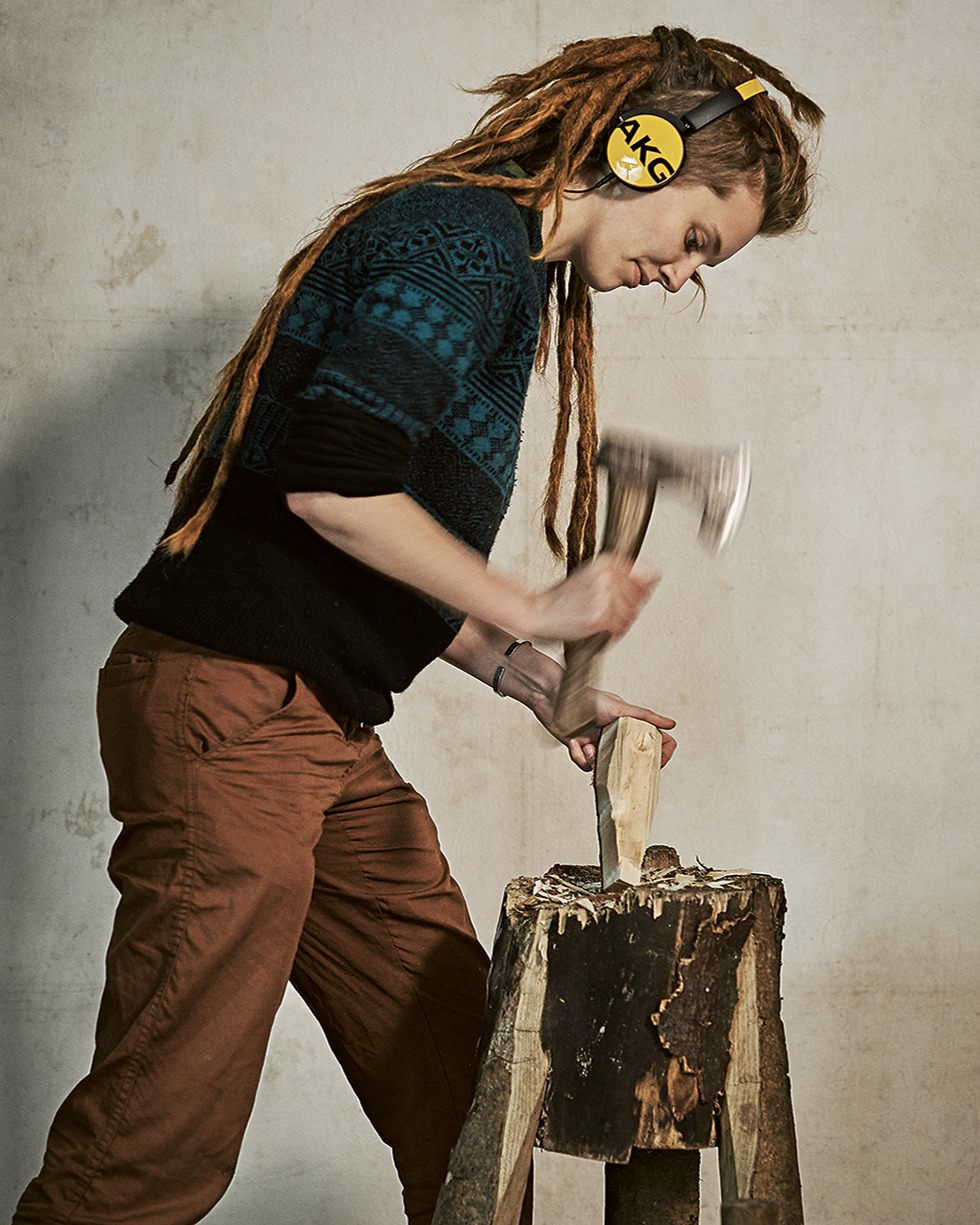 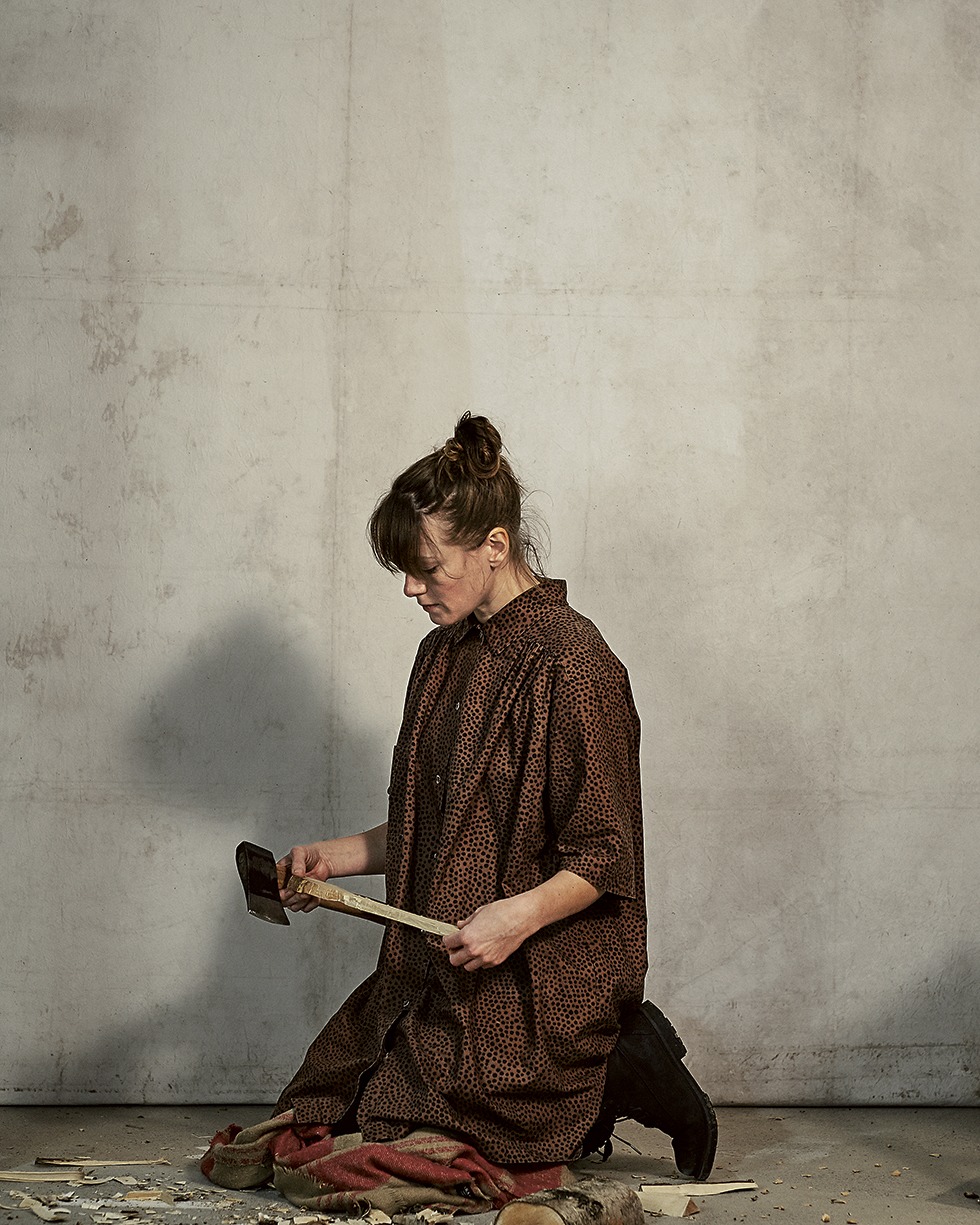 In one tutorial group, a spoon carving expert demonstrates the ‘chest lever grip’. This is an awkward-looking technique whereby the rough spoon shape is placed end-on into the chest, and a thin shaving removed by the outward expansion of the chest, where the knife is also rested in the hand – this is almost an act of physical theatre, part exaggerated exhalation and part hip hop chest bump. Most students have been spared the use of the axe – the other key tool of the green woodworker – though there are several magnificent examples on display around the perimeter of the space, where the experts have displayed their wares. Some axes are made by canny spoon carvers who have diversified their output to cater to the new demand for green woodworking tools, utilising hard-won skills and professionalising esoteric expertise, like blacksmithing. (It is hard to find the axe you need for this kind of work in your local DIY shop.)

I meet Pascal in another group, who has come from Belgium specifically to do the course – though he loses out on the title of ‘farthest flung participant’ to Lisa, a Canadian who booked while renewing her subscription to Hole & Corner online. Pascal has something of the jolly monk about him, and is rightly proud of the fish-tailed spoon he has made this evening. From Koekelare, he’s come tonight because there are no similar courses in Belgium, he says – the only spoons being made by historical re-enactors who keep their utensils to themselves. 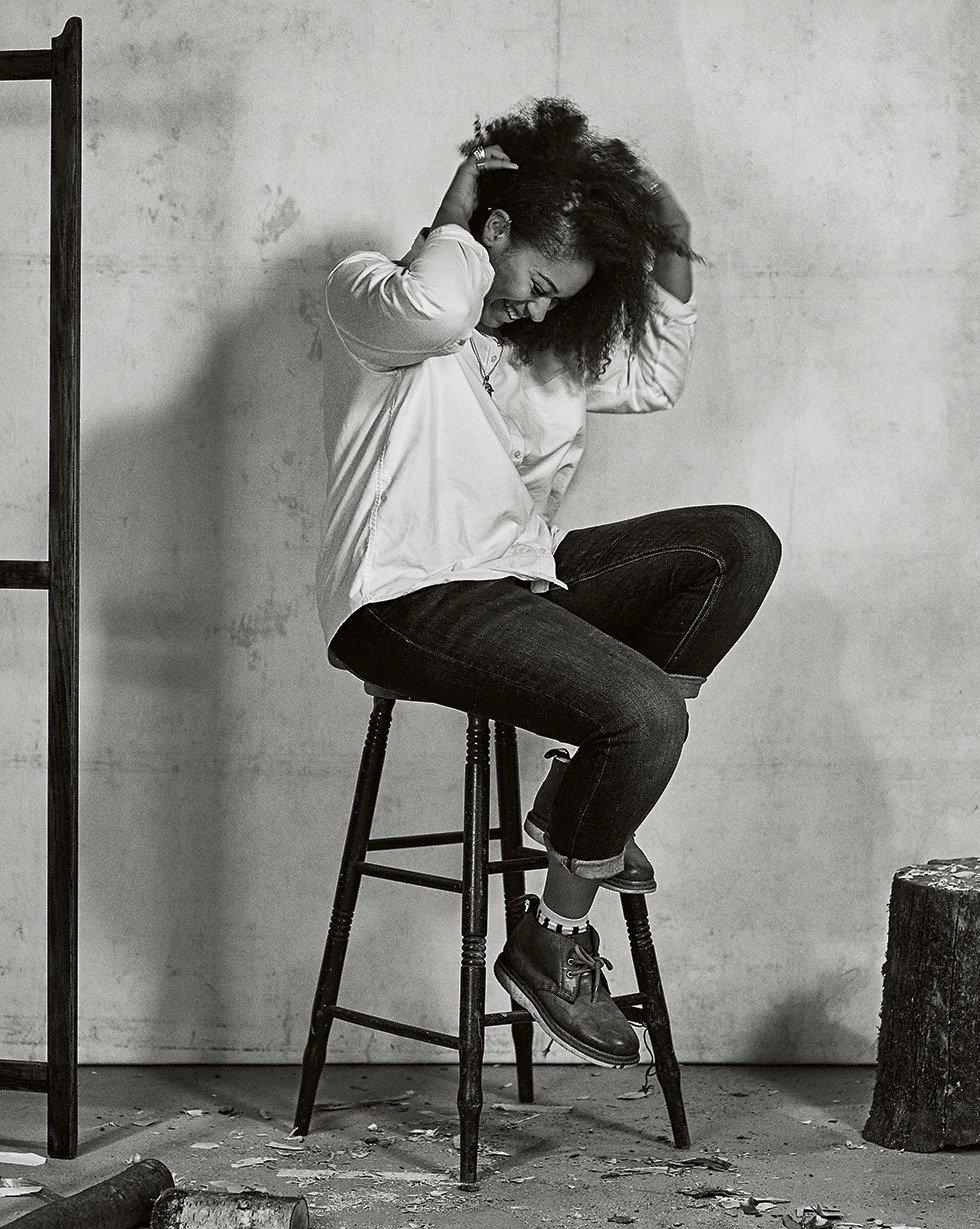 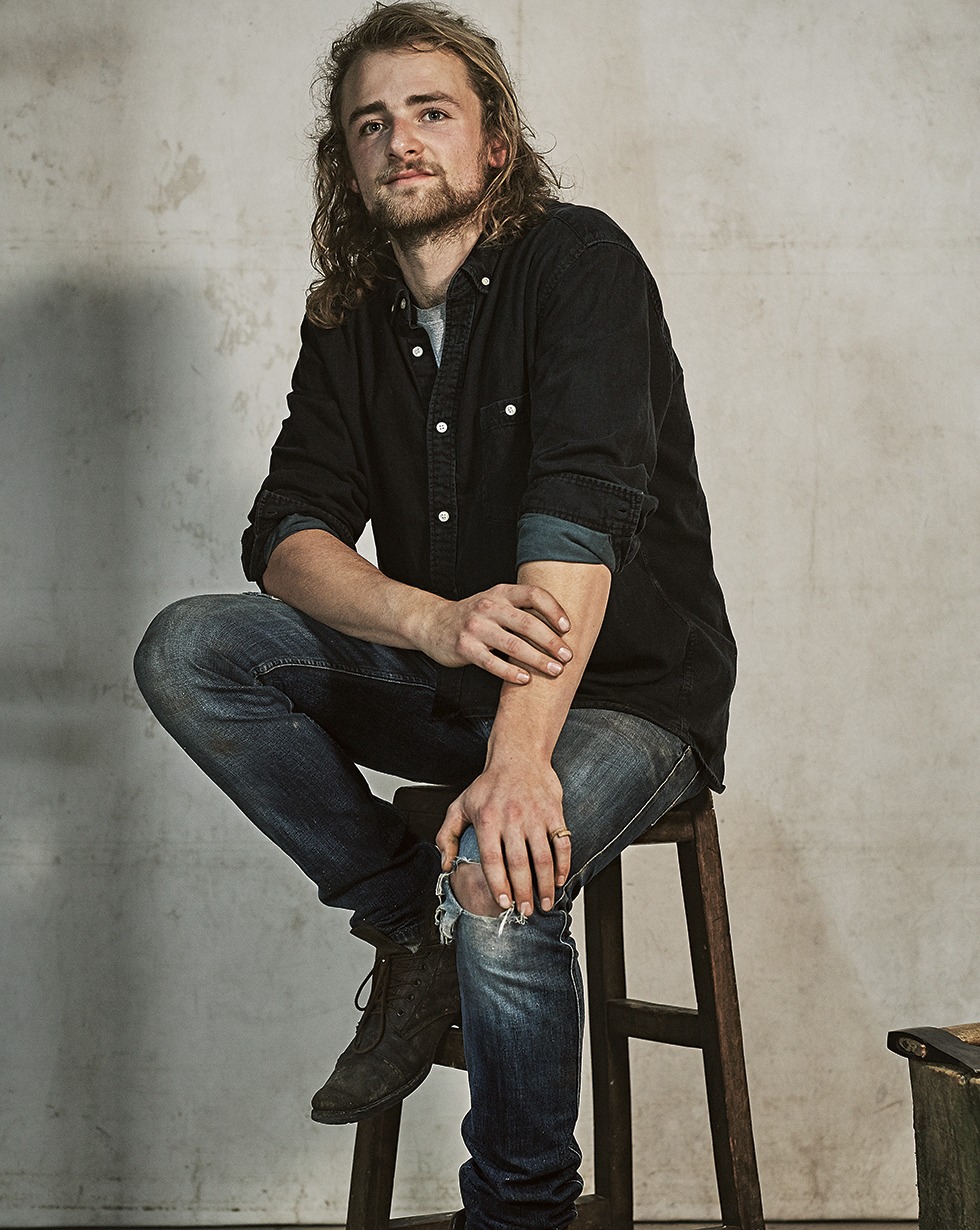 There is, however, nothing twee about the UK movement represented here; it is just too diverse. This is not about tabards and mead and eating hunks of meat offa spike. If there is someone here who suggests the range and seriousness of the movement, it is Mark Reddy, a neatly blonde-bobbed spooner in a svelte woodwork apron and expensive jeans, who moonlights as Head of Art at advertising giant Bartle Bogle Hegarty. ‘Next week I’ll be shooting with Steven Klein in New York,’ he tells me with a laugh, quietly aware of the yawning dichotomy between his two fields of expertise. (In fact, there are at least three fields: as well as a significant online presence as Instagram spoon carver ‘toftmonkey’, he also has the biggest collection of ukuleles outside the US – as detailed in Issue 2 of Hole & Corner). Reddy is eloquent on spoons, a high priest of these supposedly low arts. He sees spoons as ‘a kind of therapy’, as small sculptural rejoinders to the disposability of our internet culture; he prefers the intuitive arts these days, he says. Reddy’s presence, a media professional diversifying by feel into folk art, is reflected in the make-up of the course participants here. As the tutorials come to a close – and schooling turns into dining, the students drift to the bar before gathering again in ones and twos at long tables. I sit on a bench opposite a private chef and an ex-tree surgeon with vast forearms who gave up felling (‘after a dodgy job with some rotten trees and very demanding clients’) to investigate alternative medicine. As others take their seats I notice several people with spoons proudly sticking out of their shirt pockets – in Swedish spoon culture this means you are on the lookout for a mate, but it’s not apparent if tonight’s guests are aware of this. People soon begin their first course using the spoons they made in the tutorials (the ‘beetroot carpaccio with capers’ lending them a nice patina).

Barnaby Carder, or ‘Barn the Spoon’ as he is professionally known, sits down next to me. He is a big man with braces and a well-worn mauve jumper, with a quickness of facial expression which betrays a deep sensitivity. Earlier in the day, I watched him dissect a chunky cross-section of trunk with a wooden wedge and axe, creating a recognisable spoon shape in two minutes – a process betraying an almost mystical appreciation of materials that you don’t pick up in the classroom. Indeed, Carder tells me, he lived for a while as a tramp, selling spoons on street corners and sleeping under a tarpaulin in the woods. On the one hand, Carder evokes a bygone age of itinerant peddling, and an idea that everything would be alright if we all just gave up our jobs and wore red trousers. But in conversation he also comes across as a clever operator who knows the competition, and who has a firm business strategy; his Instagram account has 5,000 followers and he has a book out with Penguin next year.

This mix of archaeological and ultra-modern, of classical and canny, perhaps characterises what makes A Spoon Gathering such an understated success: the diverse participants in the ancient space, the Stone Age tools and the Instagrammers, the raspberry and pistachio brownies for pudding.

Contradictions do not exist within the spoon movement. 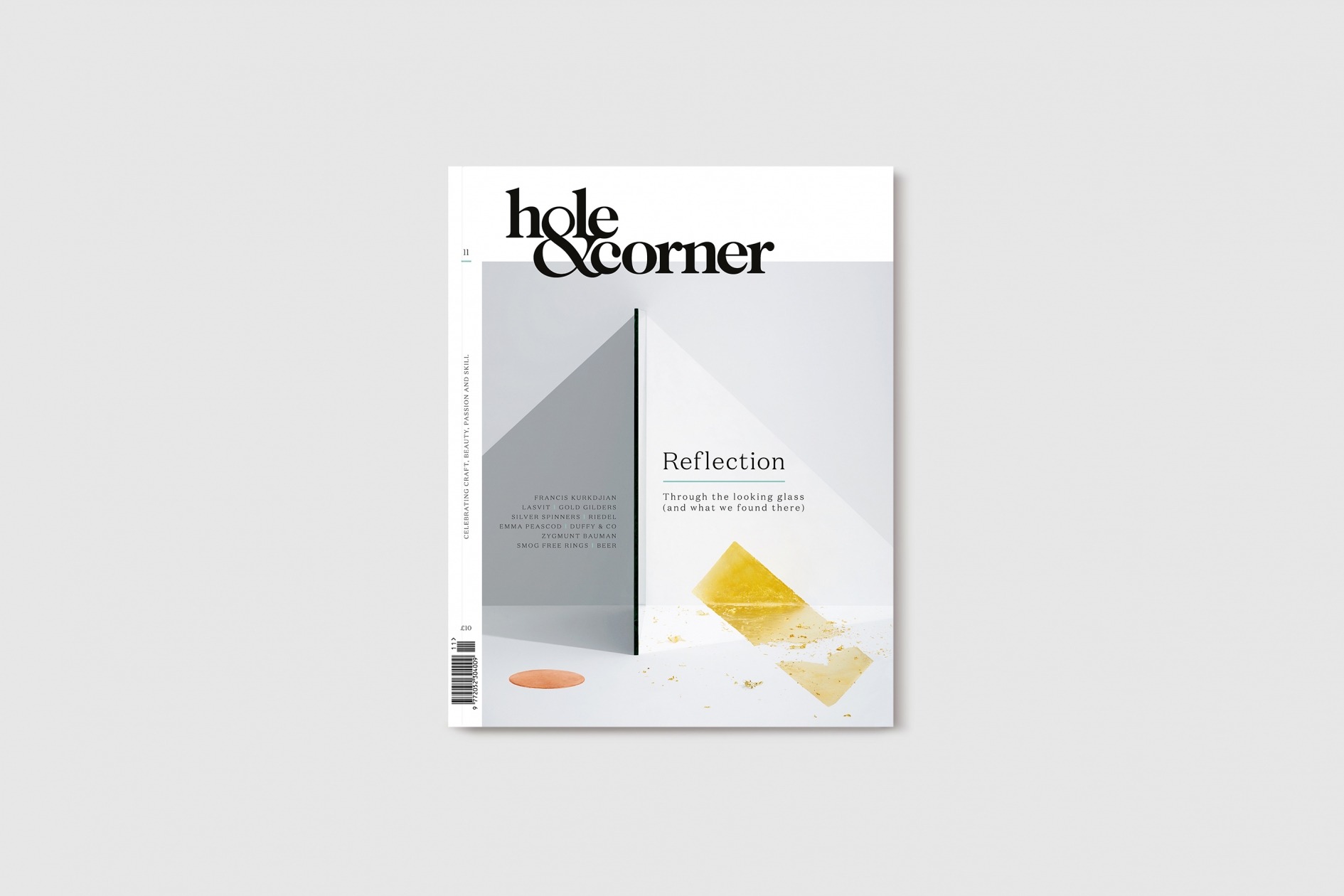 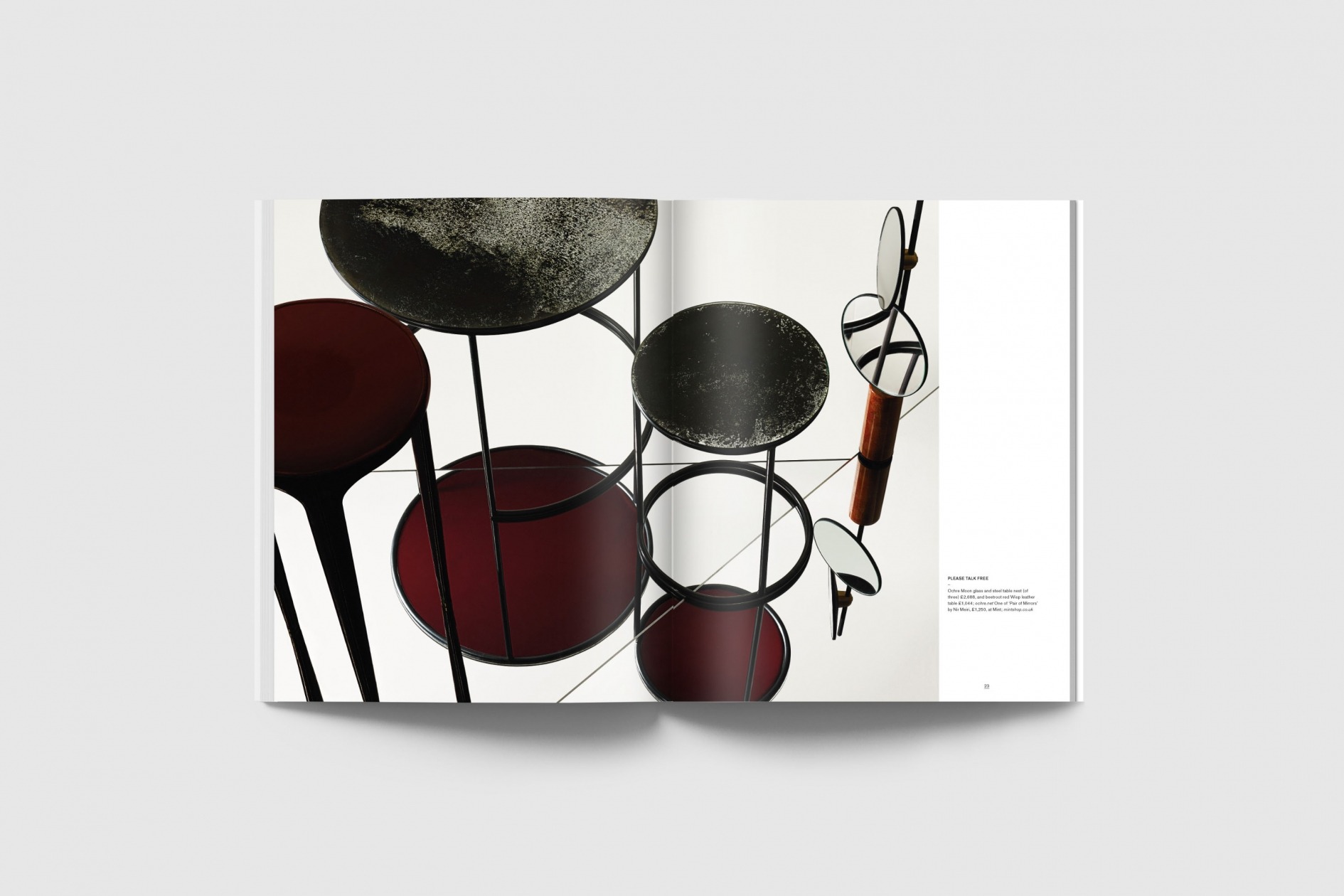 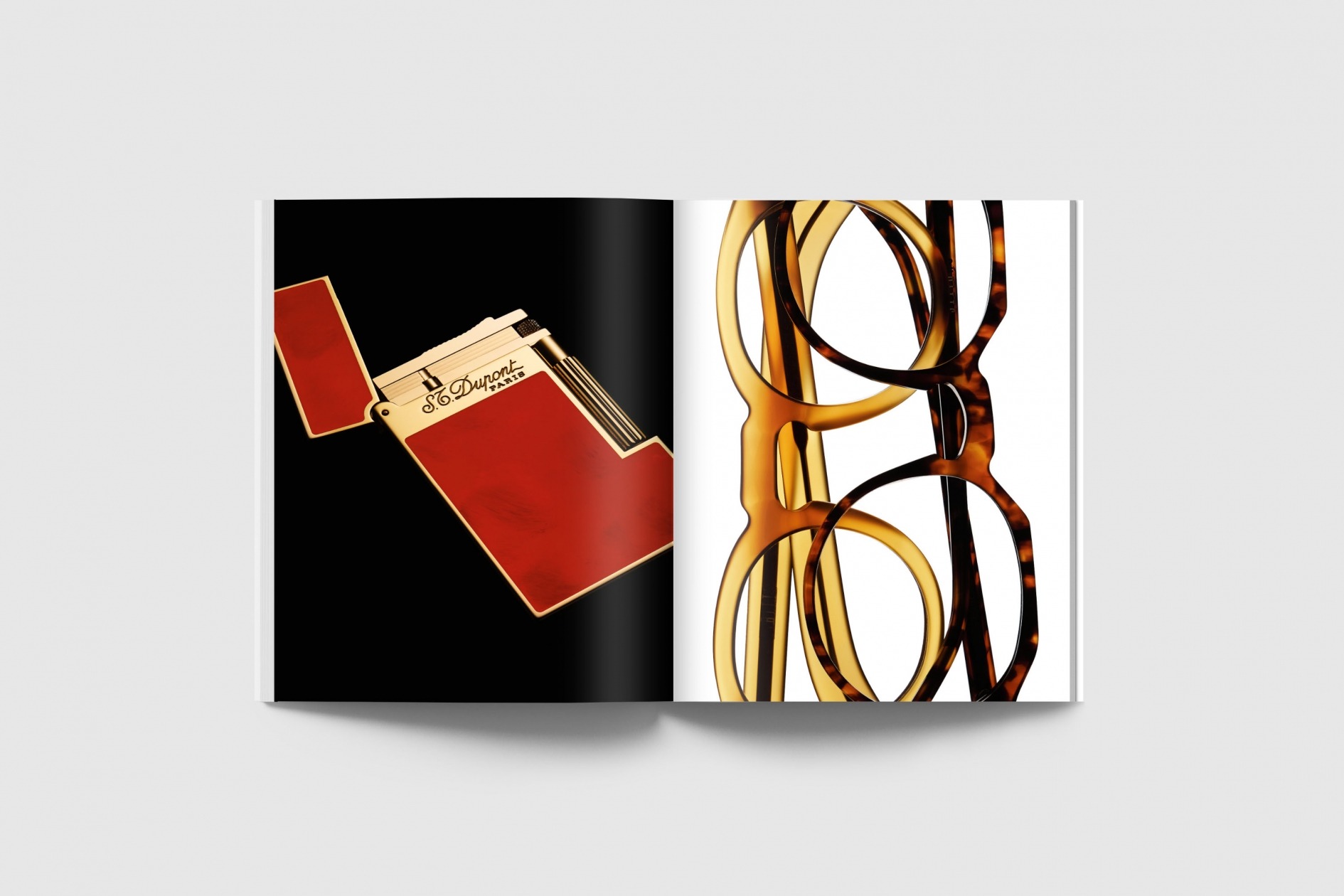 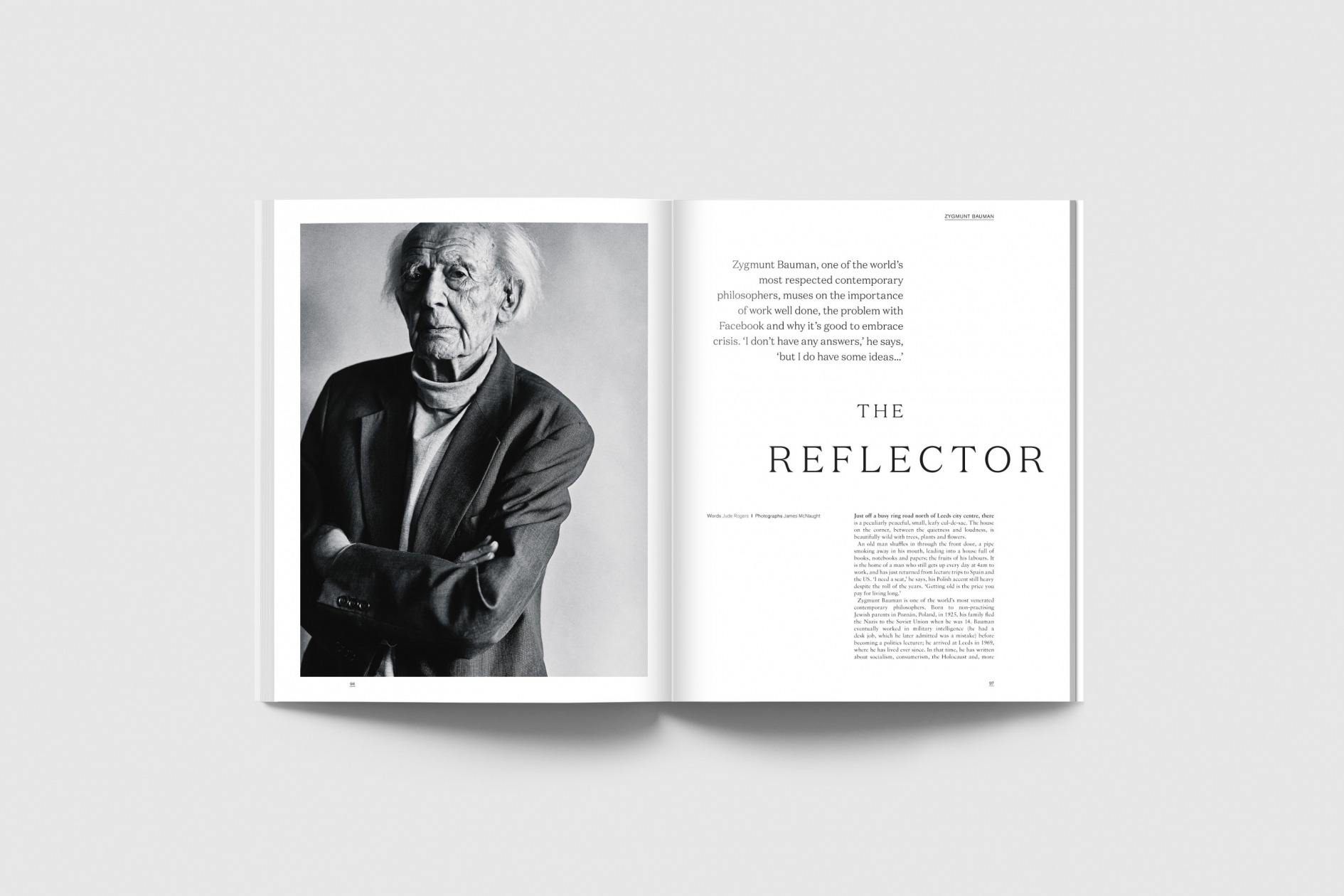 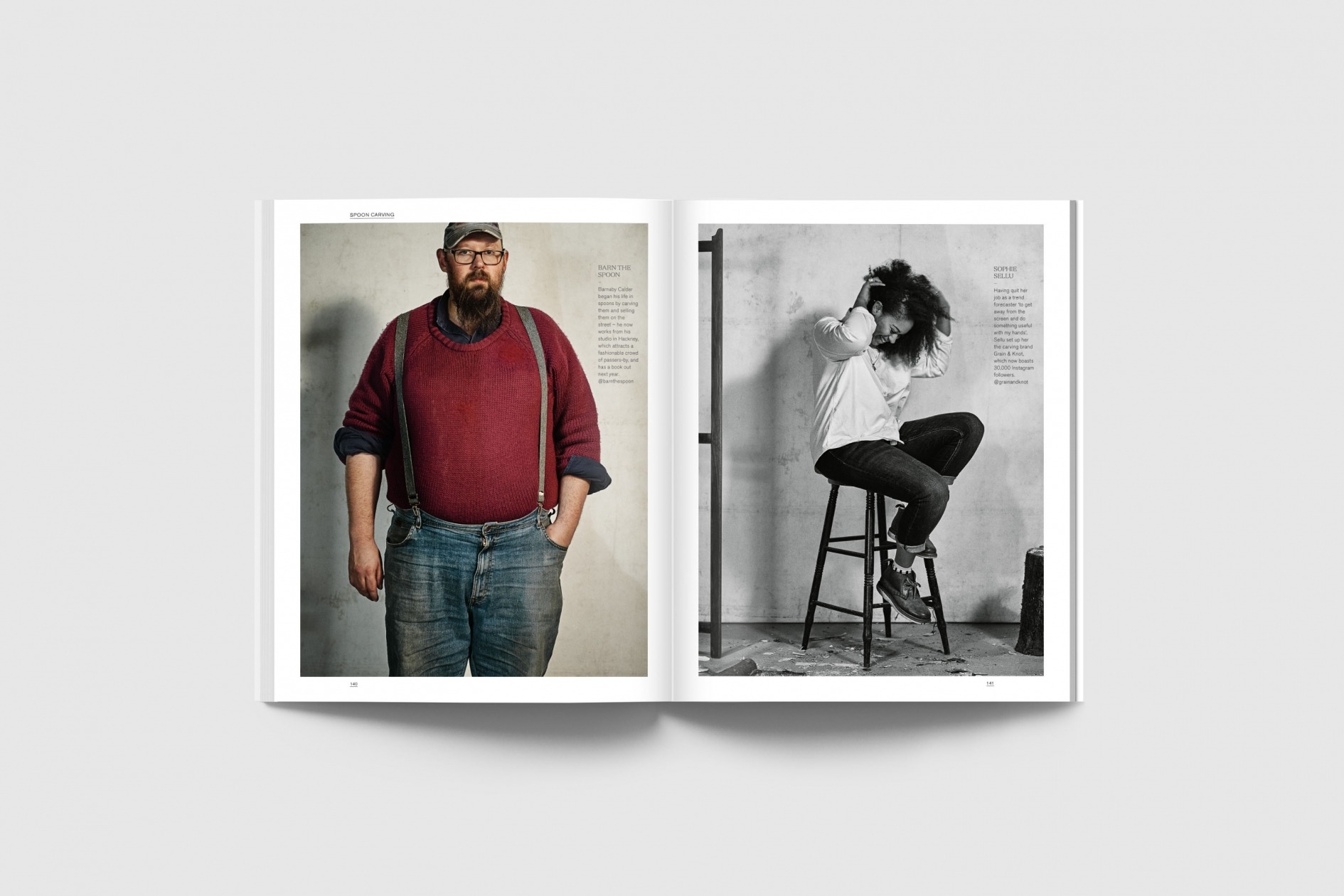 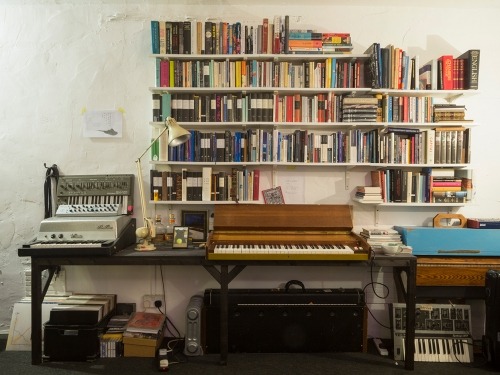 Alexis Taylor on the importance of escaping the nightlife… 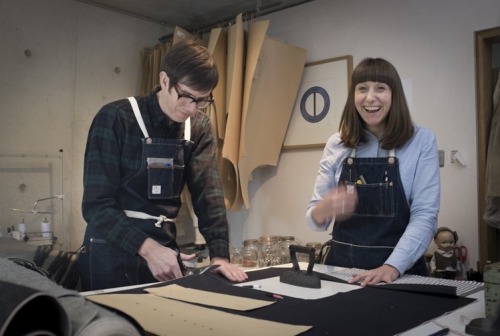 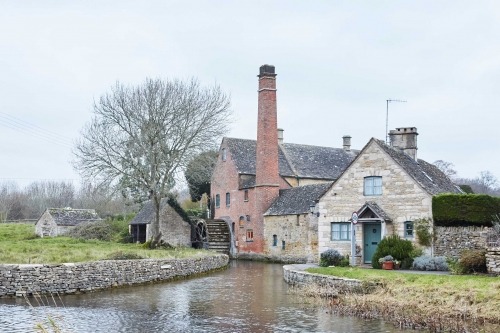 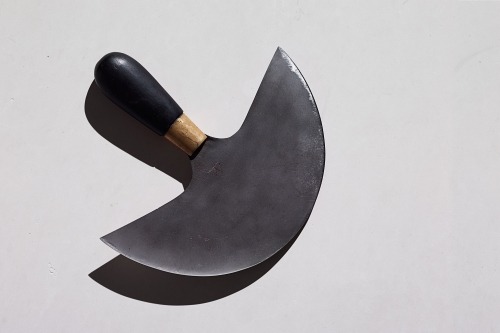 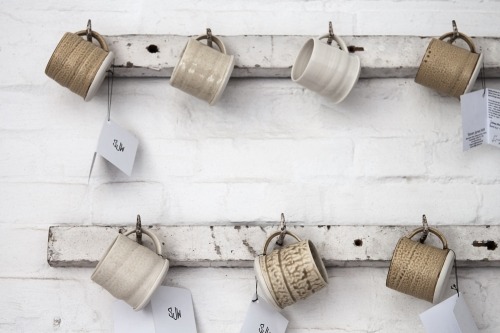 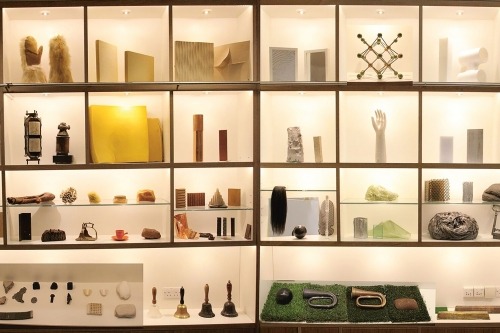