New Designers - the ones to watch from week one 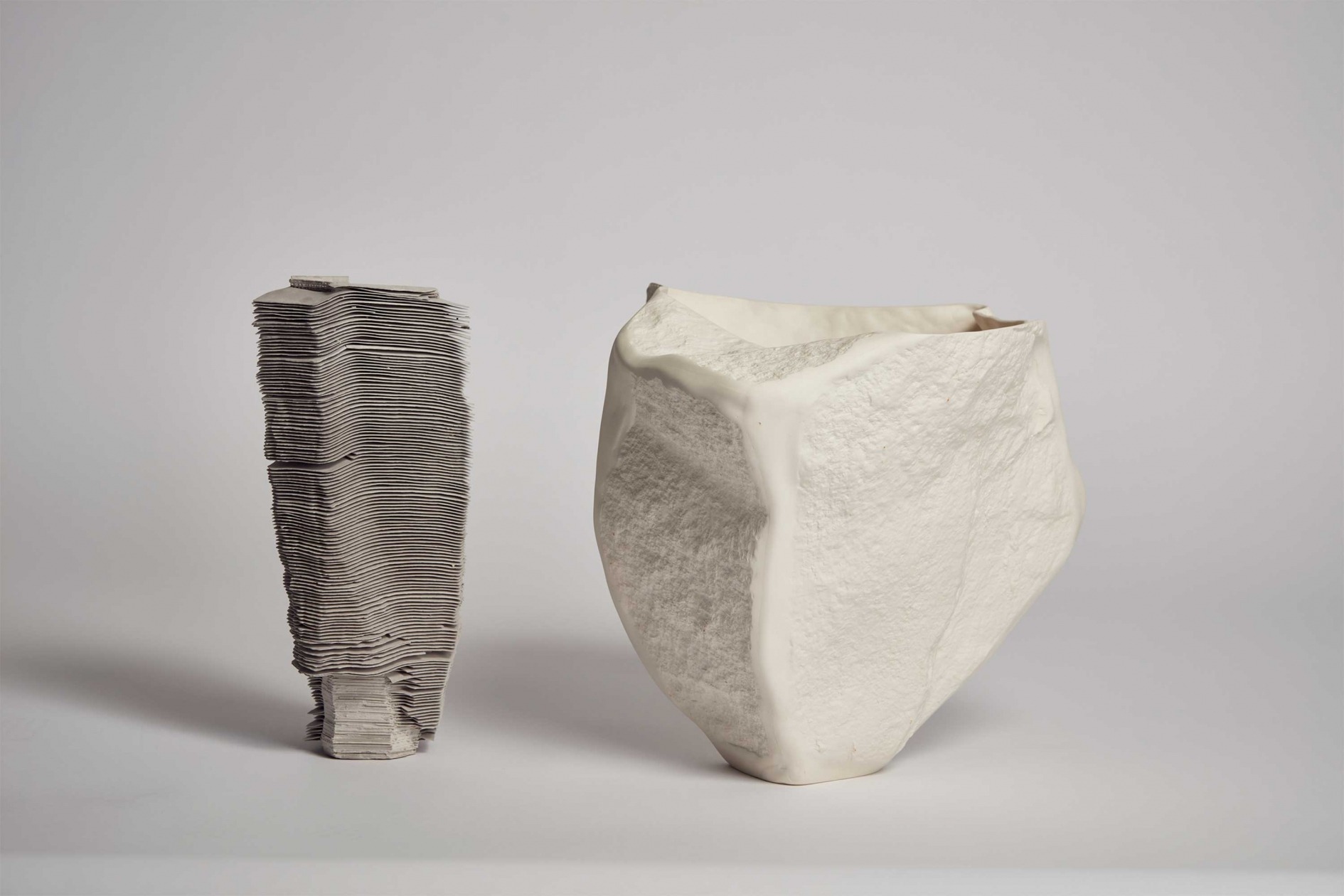 New Designers - the ones to watch from week one

New Designers gathers over 1,500 students and recent graduates in the Business Design Centre in North London for two weeks of fresh design perspectives. As we take a breath in between week one and two, we’ve gathered some of the names from the first week we will be watching out for… 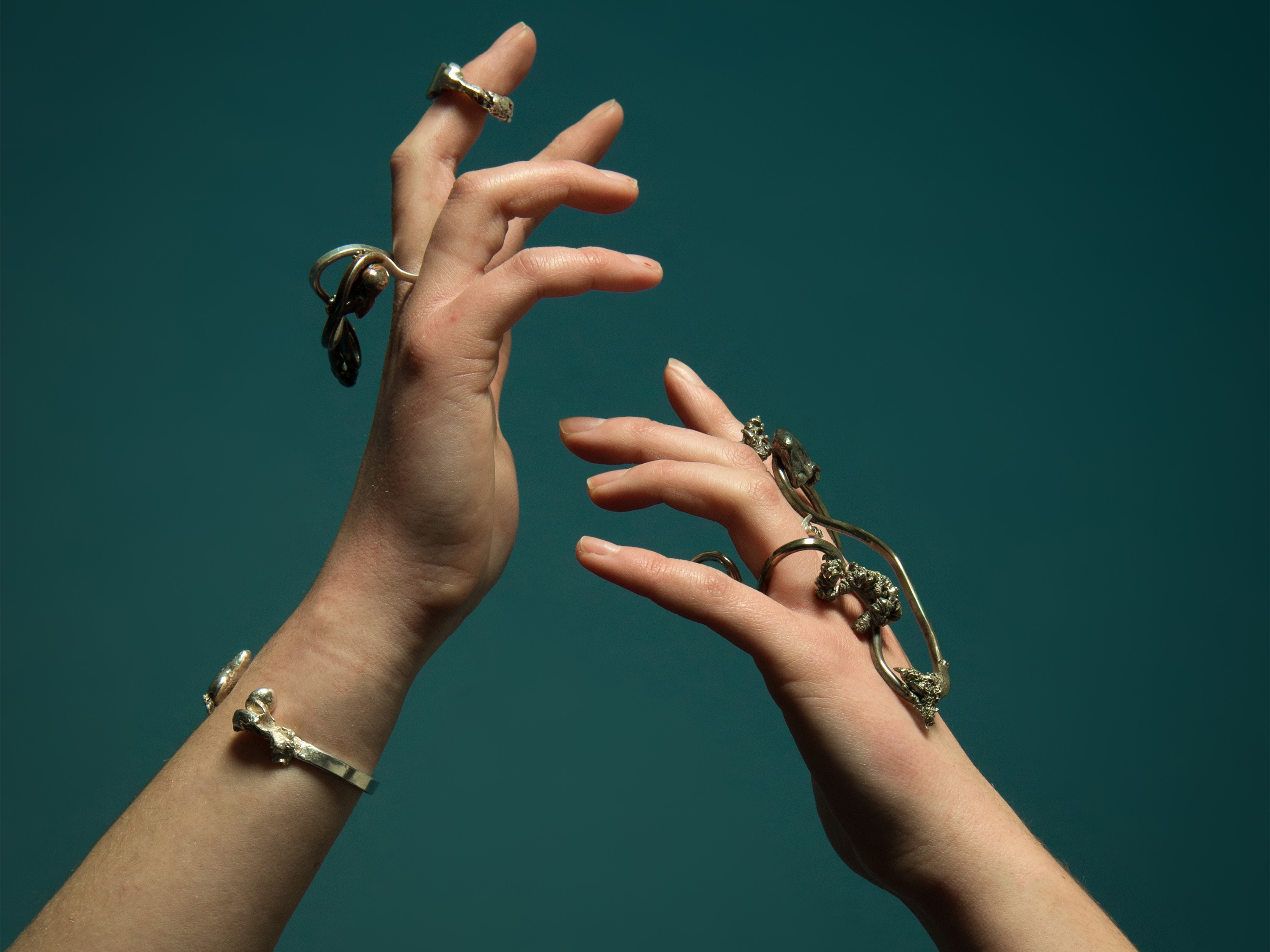 Graduating from a BA in Jewellery, Ceramics, Glass and Metalwork from Farnham UCA this summer, Horler creates imaginative and entangled piece of jewellery. Using mainly silver, accompanied with pieces in tarmac and pumice, her rings and earrings sit somewhere between functional and non-functional. She says often people aren’t quite sure how to wear them at first. 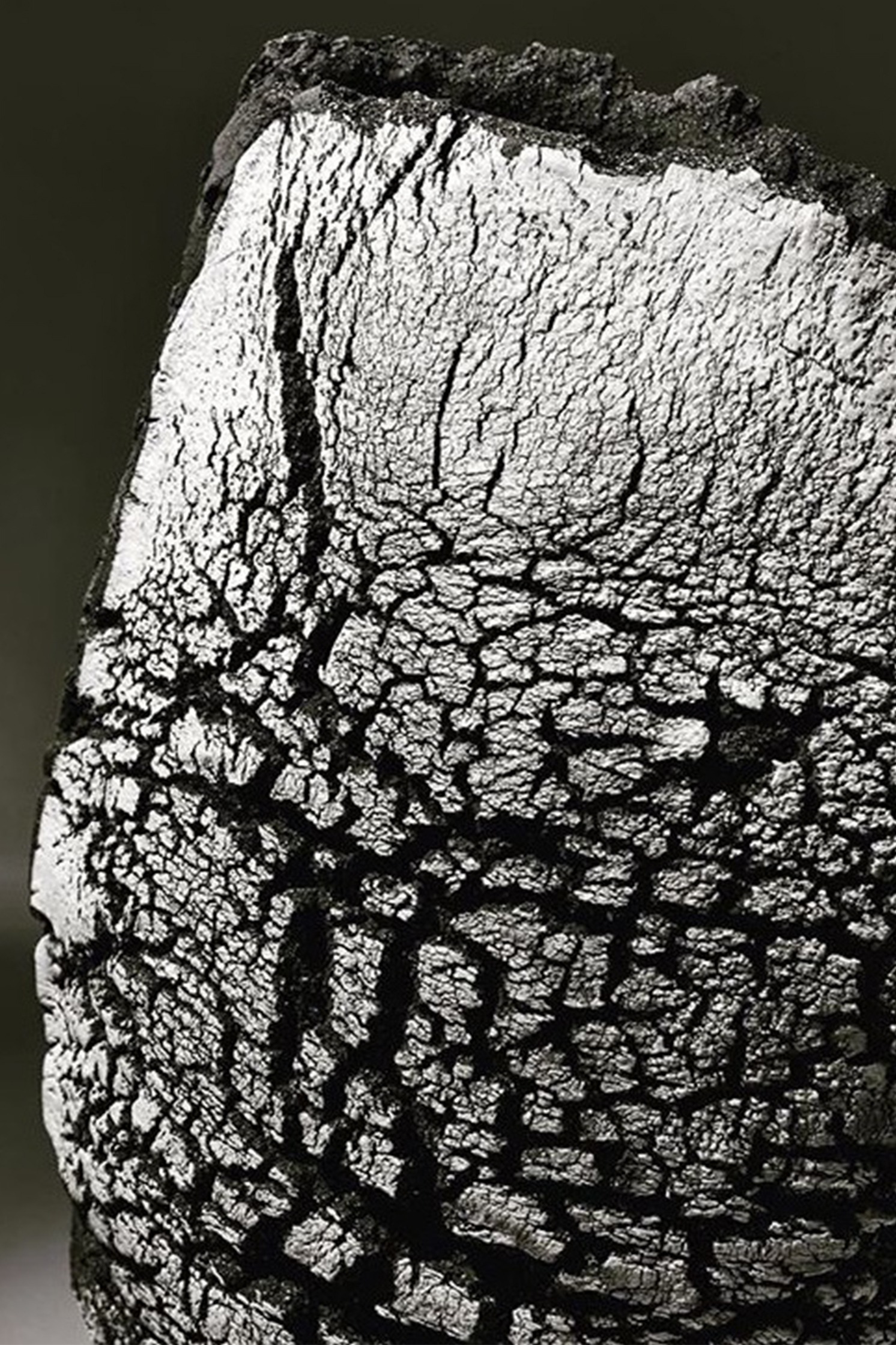 Anna Younie, graduating in July from Gray’s School of Art, creates ceramic vases inspired by the eroding textures she finds in nature around her home in Orkney. Using black stoneware clay she creates pieces that vary in scale yet all have the unique, one of a kind cracked texture she has perfected. Her exclusively monochrome approach emphasises the minute details of the surfaces, making her pieces extremely tactile. 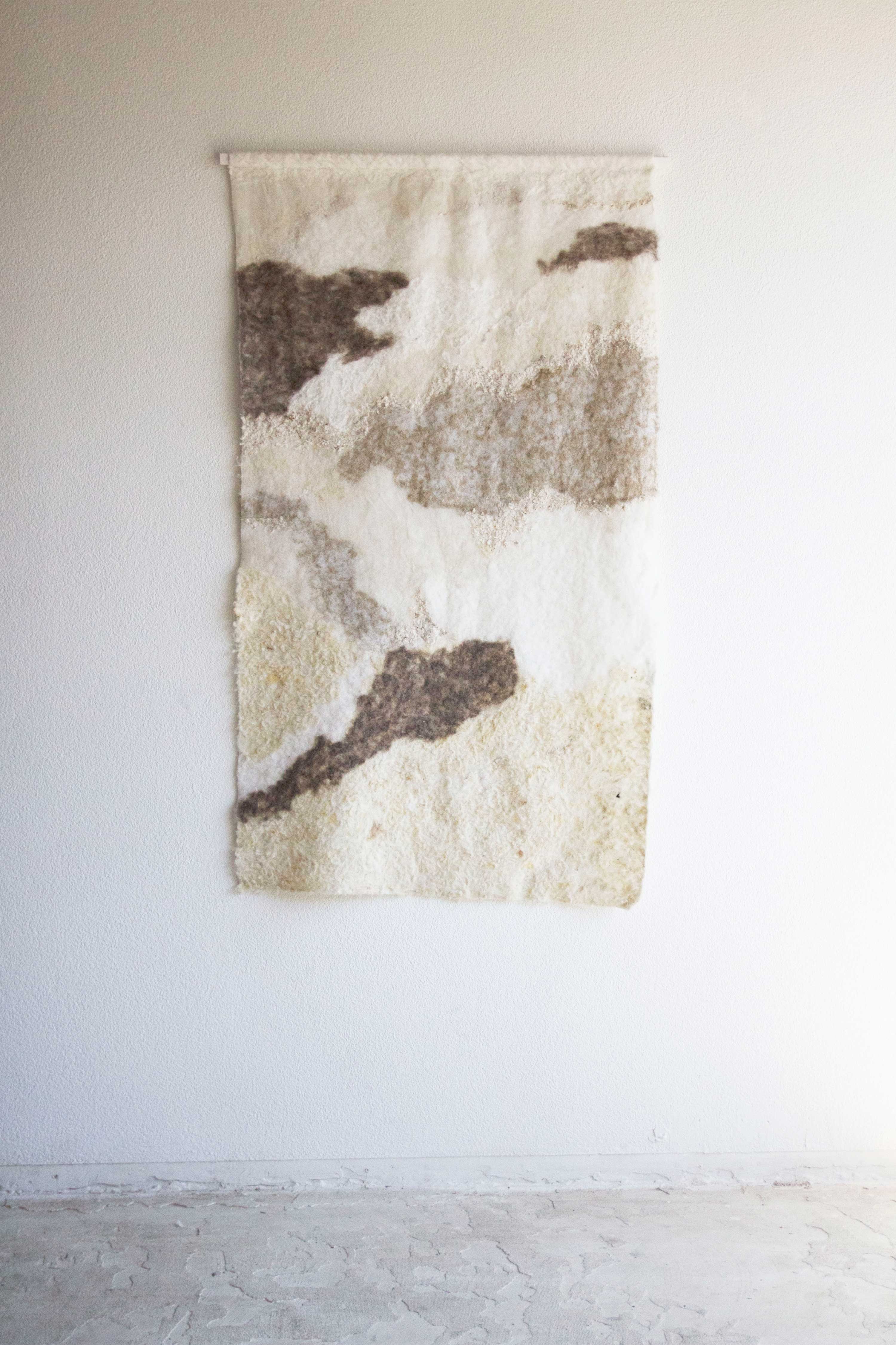 Exhibiting in the One Year In part, textile designer Marleen V Haaften showcased pieces of her latest project, called Fiber Landscapes. Using fibres in their natural untreated form she creates compositions, ranging from small tableaus to large rugs, depicting abstracts landscapes. In her work, she uses a range of fibres, ranging from Irish wool to bamboo, and binds them together through a needle punching technique. 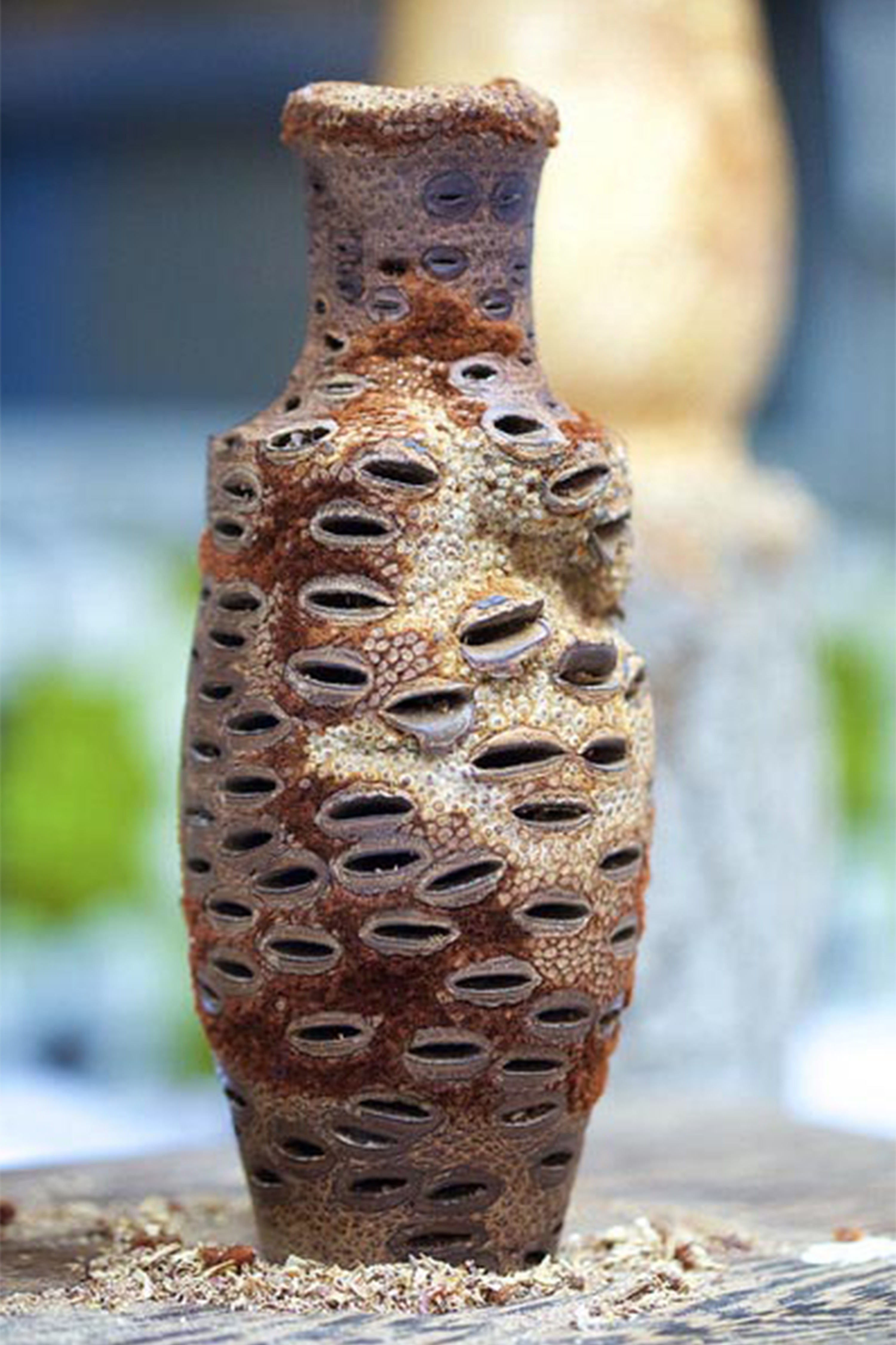 A vessel made of a banksia nut by Darren Appiagyei

Darren Appiagyei, the designer-maker behind the design company Inthegrain, was also part of the One Year In exhibition on the first week of New Designers. He works in wood, focusing on the use of different types of exotic woods such as African Blackwood, cork oak and Cat paw oak. What caught our attention though were his banksia vessels. Using the Australian banksia nut as his base, Appiagyei carves a vessel in layers which draws out the surprising inner textures of the nut. Ranging from different woodlike textures and colours to a furry layer in between. 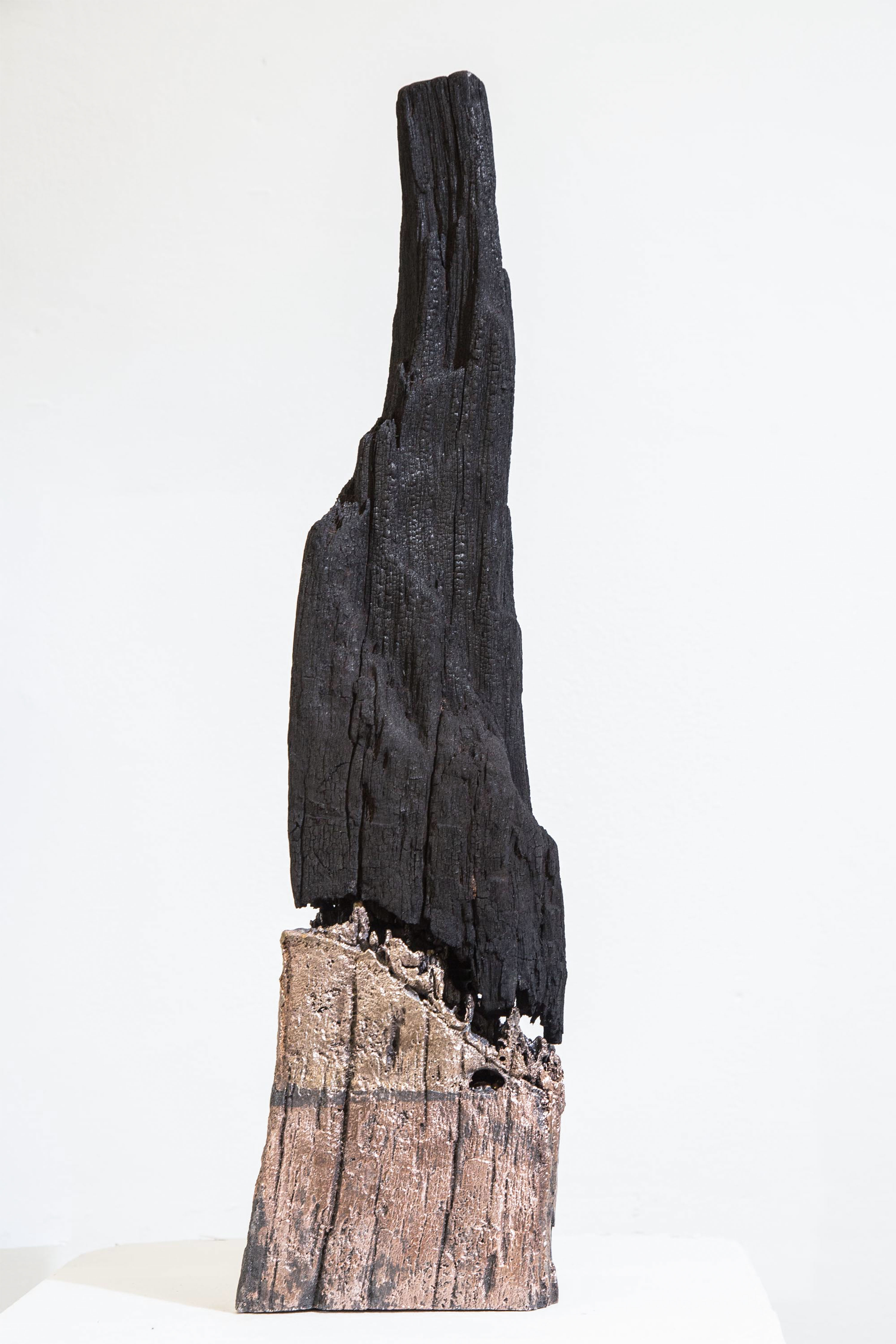 Experimenting with how wood and iron would react to each other is at the root of Fay Palkimas’ sculptural pieces. By casting iron with reclaimed blackened pieces of wood and fusing them together she creates totemic pieces that have a very elemental quality to them. Her work ranges from pieces around two meters tall to pieces you could almost hold in your hand. One of her most fascinating pieces was Ironcore Two, made out of an asteroid like iron sphere and the two sides of its wooden mould in which it was cast. 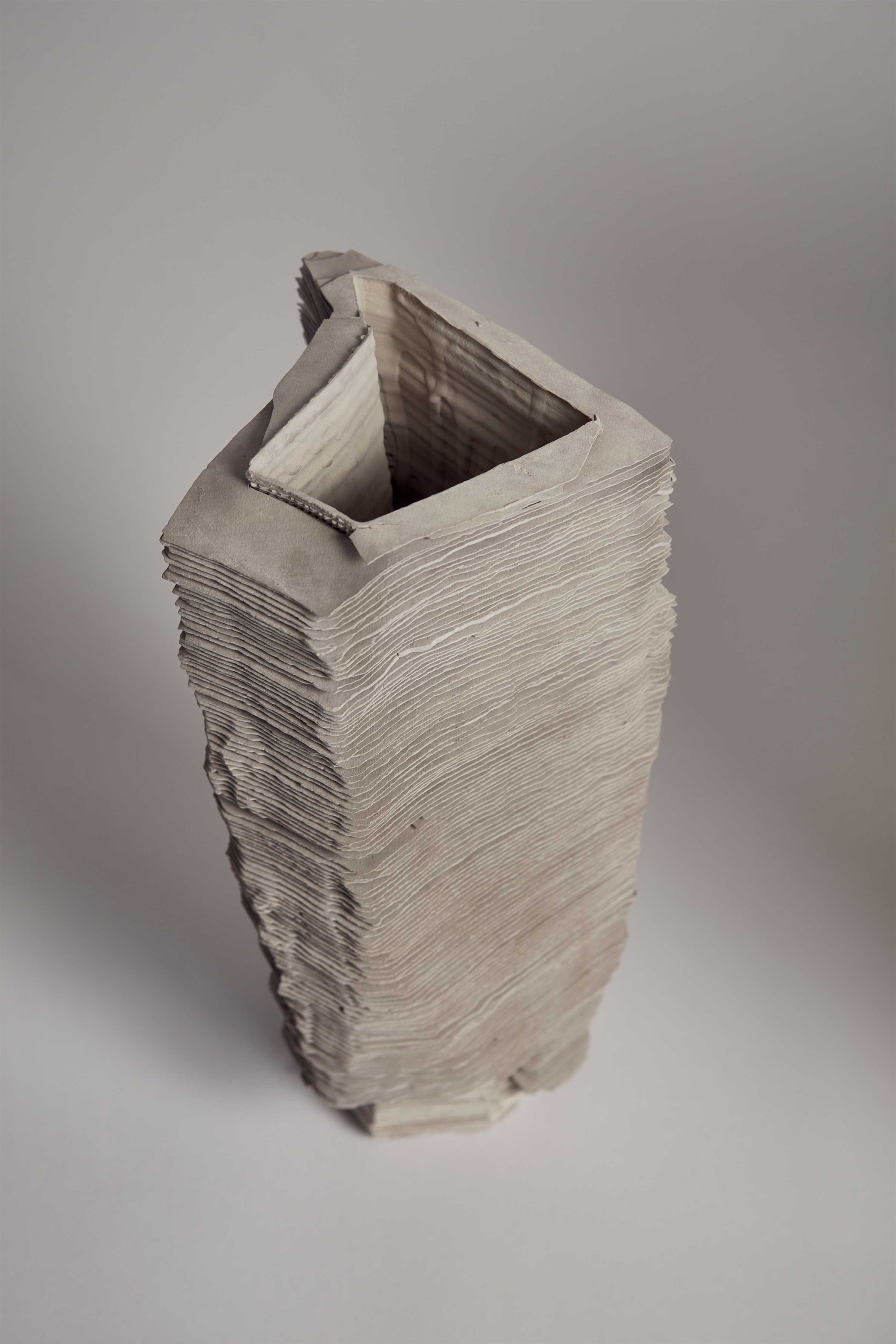 Graduating this summer from the University of Brighton, Luke Fuller won the Business Design Centre New Designer Of The Year award last week. His ceramic pieces were constructed with an interesting technique involving the use of paper and cardboard as a mould to create pieces which are simultaneously delicate and industrial. For his winning project, Fuller drew inspiration from Port Talbot, which is an industry town he has a close connection with, telling its story through his ceramics. 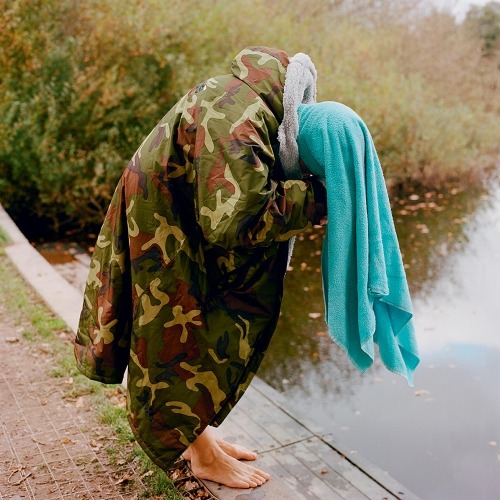 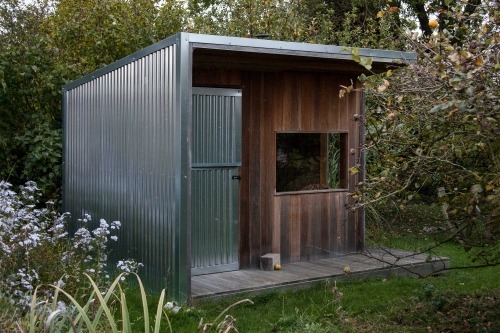 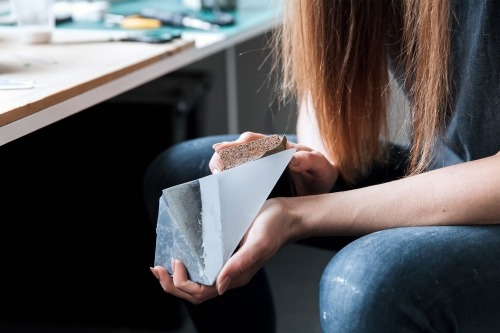 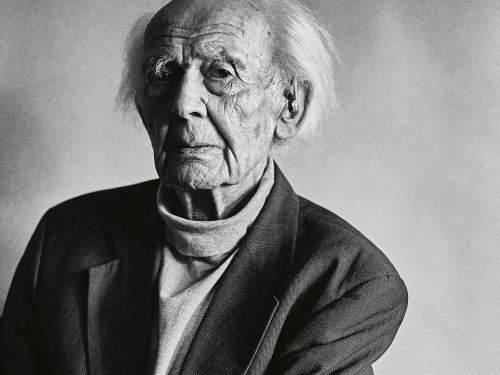 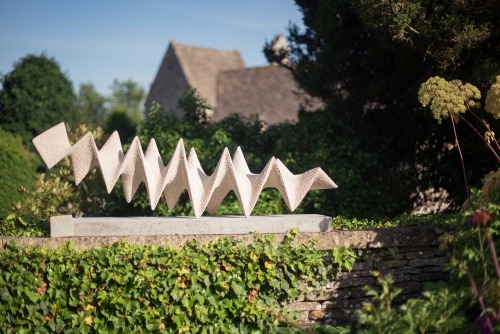